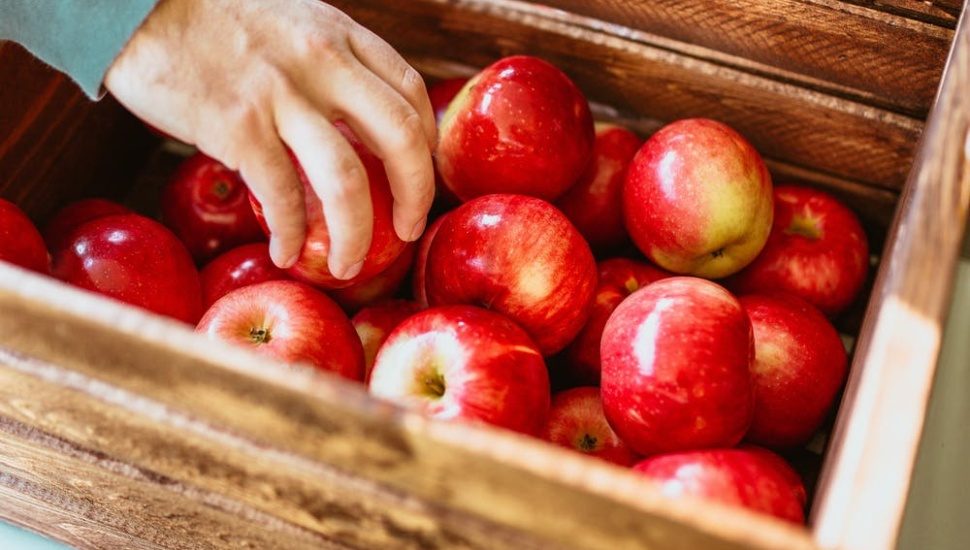 If apple picking is on your fall bucket list, there are several places nearby that offer a perfect setting. Bailey King harvested the best-of list for Philadelphia magazine.

Several nearby orchards have found their place on the list of nine best locations for apple picking in the Philadelphia region, including orchards in Bucks County and Chester County. And what great fruit apples are—use for homemade applesauce, pies, cider, donuts, and so much more!

Read on to find the best local orchards and cross this delightful Fall activity off your bucket list for 2021.

Highland Orchards in West Chester offers apple picking until the end of October, Tuesday through Sunday. On weekdays, you can drive yourself to a picking spot. On weekends, when traffic is heavier, shuttle rides take pickers to the fruit-laden branches.

The orchard has 18 apple varieties to pick. There are also special activities available on the weekends, along with online orders for curbside pickup. Reservations are required.

Four generations of Fleming family members have tilled the soil here. In its earlier days, crops were harvested much closer to the ground, with radishes, celery, beets, and spinach being the mainstays. Now, however, the fields offer a wide array of summer and autumn fruits.

This agribusiness has a lineage going back seven generations. But its outlook is decidedly forward-thinking. It steadily looks to engage volunteers to help in its mission of furthering sustainable, organic produce. It also holds fast to a dedication to the community; more than half its yield goes to local hunger-relief efforts.

Its fall roster for family fun starts October 2, with plenty of farm animals, scarecrows, and cider on hand.

The apple picking comes with the assurance that the fruit you’re bringing home hasn’t been treated with pesticides or chemicals.

Apple-picking season at Solebury Orchards opened in late August and runs until early November. Ready for plucking from its trees now are Honeycrisp and Crimson Crisp varieties.

Wagon rides take harvesters to and from the fields, and pricing is determined by the weight of what they bring back. Solebury Orchards began in 1985. Its rolling fields originally produced corn and soybeans, but it was soon turned over to rows and rows of fruit trees, including apples.

Apples are ripe for the picking at Weaver’s Orchard in Morgantown, Mondays to Saturdays until early November. The orchard offers close to 30 different apple varieties, along with different picking options throughout the year.

Entry is free during weekdays and costs $2 for those 13 and older on Saturdays. Online orders are also available.

Read more about the best orchards for apples in Philadelphia magazine.

Curious to see if there’s a trick to apple picking? Check out this video!

Highland Orchards Enjoys Fruitful Year for Strawberries; They ‘Practically Jump into Your Pocket’