For the Head Basketball Coach at Gwynedd Mercy University, Recruiting Is Based on “Forever Commitment” 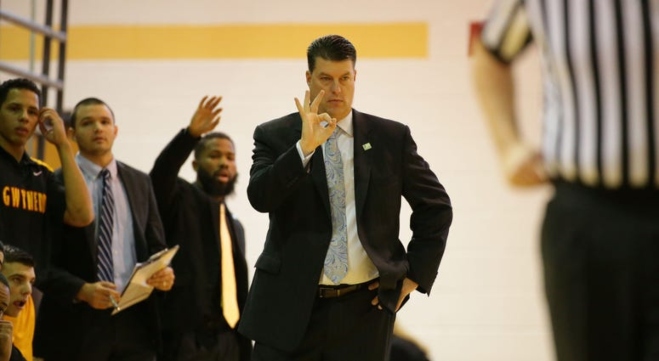 John Baron, the head coach at Division III Gwynedd Mercy University in Lower Gwynedd, is one of the top college basketball coaches in the Philadelphia area. Image via KYW News Radio.

John Baron, the head coach at Division III Gwynedd Mercy University in Lower Gwynedd Township, is one of the top college basketball coaches in the Philadelphia area, writes Matt Leon for the KYW Newsradio.

During his eighteen seasons leading the Griffins, Baron has won 340 games and taken the university to the Division III NCAA Tournament six times.

Born in Philadelphia, he was surrounded by basketball legends from a young age.

La Salle University legends “Lionel Simmons and Tim Legler are about three or four years older than me,” said Baron.

There were also Jason Lawson, who played at Villanova, and Cuttino Mobley, a longtime NBA player.

When he started coaching, he soon recognized that his job was about much more than just winning.

And after being invited to the wedding of one of his players for the first time he “realized that this wasn’t a four-year commitment, it was a forever commitment.”

Read more about John Baron at the KYW Newsradio by clicking here.