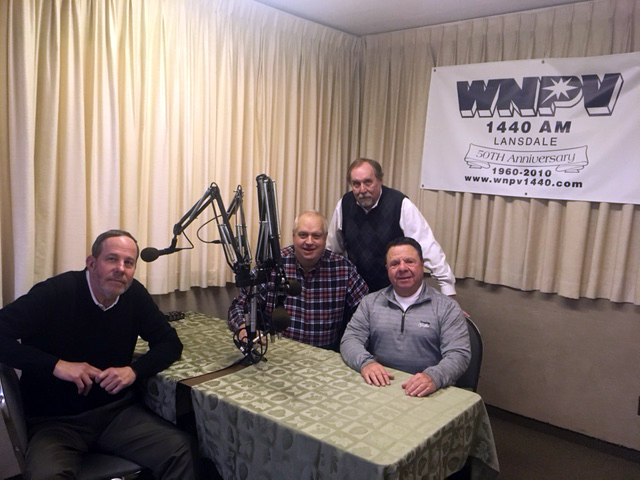 Montgomery County’s golf presence is expanding, at least on the FM airwaves.

Based in Lansdale, the family-owned, 58-year-old WNPV airs in Montgomery and Bucks counties and the Lehigh Valley.

At the station, the guys who will be working with ‘GolfTalk Live’ are general manager Phil Hunt, sales manager Barry Papiernik and talk show host Darryl Berger, a self-confessed “golf nut.”

“I’ve long admired Tony and we’ve got the 12th anniversary show on Saturday,” Berger said on Friday afternoon. “He really does an outstanding show. It’s a local show and a local guy for the Philadelphia region and he also does a lot of stuff on the road. Last week he was on the coast of Florida and the week before that he was in the Bahamas. I’d take some of that right now,” he added, laughing. “The show has a broad appeal, and a lot of that has to do with the golf-rich area we live in. We’re really happy to plug into that.”