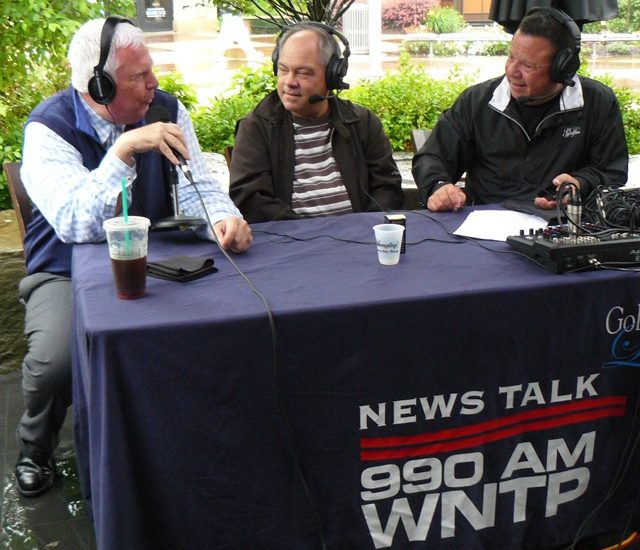 When TL Golf Services debuted as a golf specific public relations, marketing and event management company in 1999, it did so in a vastly different golf industry. Golf was booming … and so were all of the businesses that depended on the game.

In the 20 years since that time, the golf world has seen the demise of scores of newspapers, magazines, equipment manufacturers, golf accessory companies and – most notably – golf courses.

Yet, one golf company has seen steady growth over that period – TL Golf Services.

But much larger “events” – such as producing the syndicated GolfTalk Live radio show and the fast-growing Traveling Golfer television show – have become an increasingly large part of the business.

As a result, the company has undergone a major restructuring and expansion.

“It has been somewhat like swimming upstream for the last 20 years,” says TL Golf Services founder Tony Leodora. “So many aspects of the golf industry have suffered throughout that period but, fortunately, we have managed a steady growth.”

That growth has led to establishment of a new office in Nokomis Florida – just south of Sarasota. The new office – 5525 Sentiero Dr., Nokomis, FL 34275 – will house the business side of the organization, including all invoicing and accounting.

The Pennsylvania office also just relocated – to 415 Bradford Way, Plymouth Meeting, PA 19462. This location will be the operations office, handling all phases of the GolfTalk Live radio show and the Traveling Golfer television show.

There also has been a restructuring of the personnel. Tony Leodora oversees all phases of the daily operation of the business. He also hosts the GolfTalk Live radio show and the Traveling Golfer television show. Candy Leodora handles the business operations for both of the shows.

After years of occasionally sitting behind the microphone as a guest on GolfTalk Live, renowned national golf writer Mike Kern will take a higher profile position as a regular contributor and part-time guest host of the show. Website management of the www.golftalklive.net and www.travelinggolfervideo.com websites is handled by Ed Rose of eRose Web.

A new segment – “The Healthy Golfer” – has been added to GolfTalk Live, with orthopedic surgeon Dr. David Zelouf of the Philadelphia Hand to Shoulder Center joining the radio team. His expertise – as a surgeon and a golfer – has been recruited with the goal of keeping more golfers on the golf course.

“We have been able to put together an outstanding team on both the radio and the television sides of the business,” explains Leodora. “The shows are a culmination of an organized and very professional group of talented individuals who love radio, television and – especially – golf. As a result, we have two award-winning products that have stood the test of time.”

The GolfTalk Live radio show debuted in March of 2006 on WNTP, Philadelphia’s Newstalk 990-AM, a 50,000-watt station that previously was dedicated primarily to newstalk programing. The launch was a bold step, in that the format differed from most sports radio shows at that time, which depended on call-in programing.

From its inception, GolfTalk Live was a 52-week, 100-percent interview-driven show, unique in the world of golf radio at that time. Show host Tony Leodora was dedicated to providing golfers with all the latest golf destination information, instruction, interesting golf stories and news from around professional and amateur golf, including interviews with people from all facets of the golf world.

In addition to WNTP, the show’s flagship station, GolfTalk Live began syndication in 2012 with WOND 1400-AM in South Jersey, the only station that gives high-season weekend traffic reports at the Jersey Shore. In 2018 syndication took a big step forward when GolfTalk Live announced the addition its first FM radio station. WNPV 1440-AM and 98.5-FM joined the list of syndicated stations featuring the GolfTalk Live radio show. The Lansdale (Pa.) based station airs in Bucks County, Montgomery County and the Lehigh Valley. WNPV is a family-owned talk radio station that has been serving the community for 59 years.

For 10 years in a row – from 2009 through 2018 – GolfTalk Live won national awards from the International Network of Golf at the annual PGA Merchandise Show in Florida. In three of those years it was honored as the No. 1 Golf Radio Show in America. GolfTalk Live also was honored in 2016 as the top large-market radio show, of any kind, in the state by the Pennsylvania Association of Broadcasters.

The Traveling Golfer television show debuted in February of 2014 and originally aired on a network of websites … including The Golf Director Network (see full list of sites on travelinggolfervideo.com). It also airs on “Rivertalk” on HTC-4 in Myrtle Beach.

Expansion came quickly as The Traveling Golfer became a scheduled weekly feature show on NBC Sports and NBC Sports + throughout the Northeast and Mid-Atlantic regions in 2016. NBC Sports airings are 10:30 a.m. Sundays, 11 p.m. on Tuesdays and 11 a.m. Thursdays. NBC Sports + airs the show at 6 p.m. Mondays and Fridays. In 2019 the show took a major step forward, airing nationally on the new Fun Roads Network.

As part of every Traveling Golfer show there is the additional feature, “Tech Talk”, hosted by Tour Edge Golf experts, such as President Dave Glod. With years of experience as a club maker, Glod presents an inside look at the research and development of high-quality golf equipment.

Responding to golfers’ never-ending demands to learn more about interesting golf courses and golf resorts across the country and around the world, well-traveled host Tony Leodora created the Traveling Golfer so he could take viewers on video trips to some of the most exciting golf locations. The show won an Outstanding Achievement Award in the prestigious International Network of Golf Awards, presented at the PGA Merchandise Show in January of 2019. The latest award came on the heels of an unprecedented three straight years as the No. 1 Golf Television Show in America.

The Traveling Golfer is a series of monthly shows hosted by Leodora, who has 18 years of experience in televised golf. The featured destination stays on the website for one month, before being replaced by a new show. Alternate shows also air in a two-month rotation. All old shows are archived for continued viewing on the YouTube Network and on the home website, www.travelinggolfervideo.com.

For more information about TL Golf Services and its award-winning radio and television shows, call (610) 721-8186.