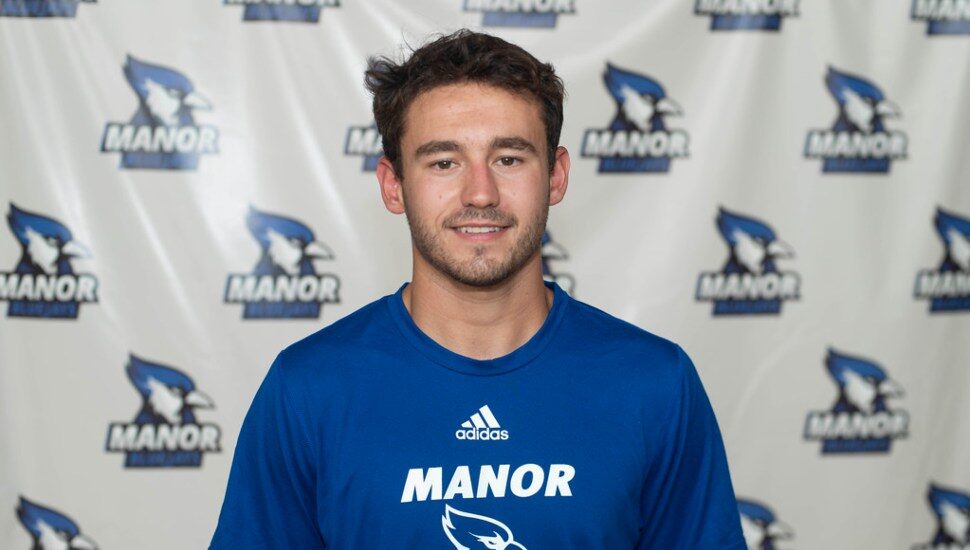 He registered a hat trick in the first half versus the top seed and ninth-ranked USCAA Division II Bucks County Community College Centurions in the Eastern States Athletic Conference (ESAC) men’s soccer championship match on October 29.

Fortescue Jr. is the first Manor College men’s soccer player with a hat trick in one half since Jared Laudenslager did it in the second half versus Delaware County Community College on September 14, 2019, when the Blue Jays were in the National Junior College Athletic Association (NJCAA).

He is the first Blue Jay to register a hat trick in the first half since Jorge Chavez at Bergen Community College on Sept. 27, 2014, when Manor was in the NJCAA.

Fortescue Jr. is the first Manor men’s soccer player to have a hat trick in a match since Rolph Miot at USCAA Division II Williamson College of the Trades on Oct. 14, 2021.

This is his second career hat trick.

Eddie Fortescue Jr. previously won this award this season for the period September 20-26.  He is the first Blue Jay men’s soccer player to win this weekly honor twice in a season.