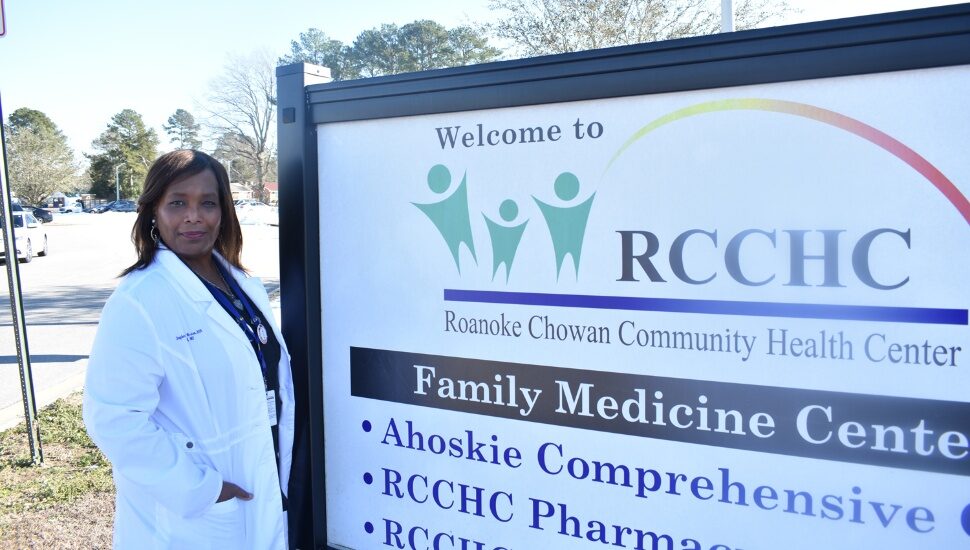 This past May, the Roanoke Chowan Community Health Center in Ahoskie, North Carolina name Wroten its Chief Nursing Officer. She is the first African-American to take up the position in the center’s history.

“It feels absolutely spectacular to be in this position and be a role model for others,” Wroten said. “My public health nursing career has allowed me to care for marginalized individuals and populations. I am committed to addressing healthcare equity and disparities experienced by vulnerable populations.”

Growing up, Wroten always had an interest in nursing. She started as a candy striper in Germantown Hospital when she was 13, helping nurses by performing basic tasks like getting patients water or answering call bells.

While she grew up in Philadelphia, Wroten ultimately settled down in Oregon after graduating from school. She credits Manor College for helping her understand the legal nursing role.

“I can’t say more about my experience,” Stephanie Wroten said. “My professor had a great interest in growing and seeing the full potential of adult students and she understood how to bring out the best in people who are dealing with full-time jobs.”

Wroten’s new role is the highest nursing executive for the center. Located about an hour and a half from Greenville, the health center focuses on serving the community’s health needs while also working to reduce health disparities. They do this by providing aid to everyone, regardless of insurance status or someone’s ability to pay.

Now that she has taken up her new position, Wroten said one of her main tasks is to help her nursing team realize advancement and education possibilities.

“I truly believe a part of my life’s legacy is to serve people and to improve the lives of disenfranchised individuals, especially students,” Wroten said.

After Surviving Haiti Earthquake, Manor College Student Desires to Save Others