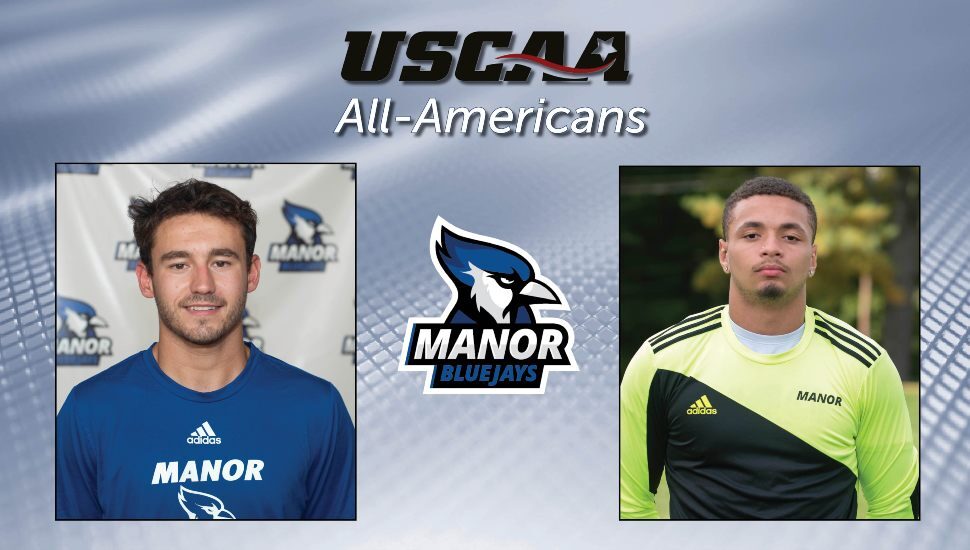 It was announced at Dave and Buster’s as part of the USCAA Fall Championships All-American Banquet.

According to the USCAA web site: “Award winners are nominated by their institution and voted upon by coaches from around the USCAA.”

Fortescue Jr. is the first Blue Jay to be voted USCAA Division I Men’s Soccer First Team All-American since Manor joined the USCAA.  He is the first Manor Men’s Soccer player to be voted First Team All-American since Mark Colville in consecutive seasons in 2012 and 2013 when they were National Junior College Athletic Association (NJCAA) Division III members.

Holman is third in USCAA Division I (through November 9) in the following categories, saves (100) and per match (7.69) and save percentage (0.769). He is fourth in minutes (1183:40) and sixth in matches (13) and starts (13). Holman has allowed one or fewer goals in seven matches. He and the Blue Jay defense limited opponents to single-digit shots on goal in eight contests.