Victus Bats, a Bryce Harper Favorite, Is Made in King of Prussia 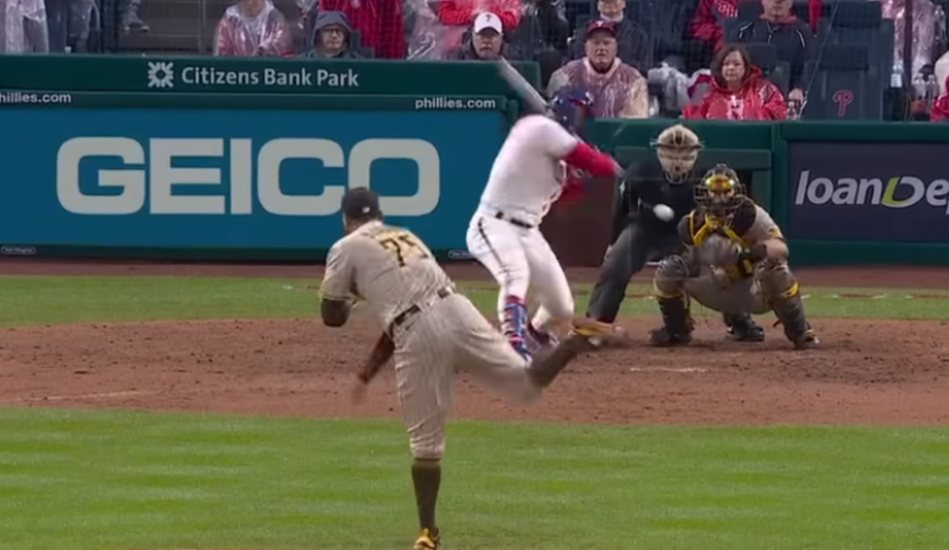 Image via MLB at YouTube.
Is that a King-of-Prussia made bat in Harper's hands for the NLSC game-winning homer? Most likely yes.

Given sports figures’ highly superstitious natures, there’s an excellent chance that the bat Bryce Harper used in his bottom-of-the-eighth game winning Oct. 23 home run — the one sending the Philadelphia Phillies to the World Series for the first time since 2009 — was made in King of Prussia.

According to KYW Newsradio report from Jay Scott Smith, Harper’s good luck charm is a bat crafted by Victus Sports of King of Prussia.

But when Harper picked one up in a round of batting practice for the 2018 MLB Home Run Deby, he ended up winning with it.

“He’s swinging us 75 percent of the time,” Smith said. “Every at-bat in the playoffs has been with Victus.”

If his last swing in the regular season was with his batter’s-box bestie — and although unconfirmed, there’s no reason to believe it wasn’t — the locally produced club helped Harper’s soar the ball into the stands of left-center field of Citizens Bank Park.

The victorious Phillies are World Series–bound.

Smith says the goal of Victus is to help change the image of American’s pastime, giving it a bit more edge and style.

To swing further into the original Victus story, see the coverage by KYW Newsradio.

ICYMI … or just want to savor its sweetness again.