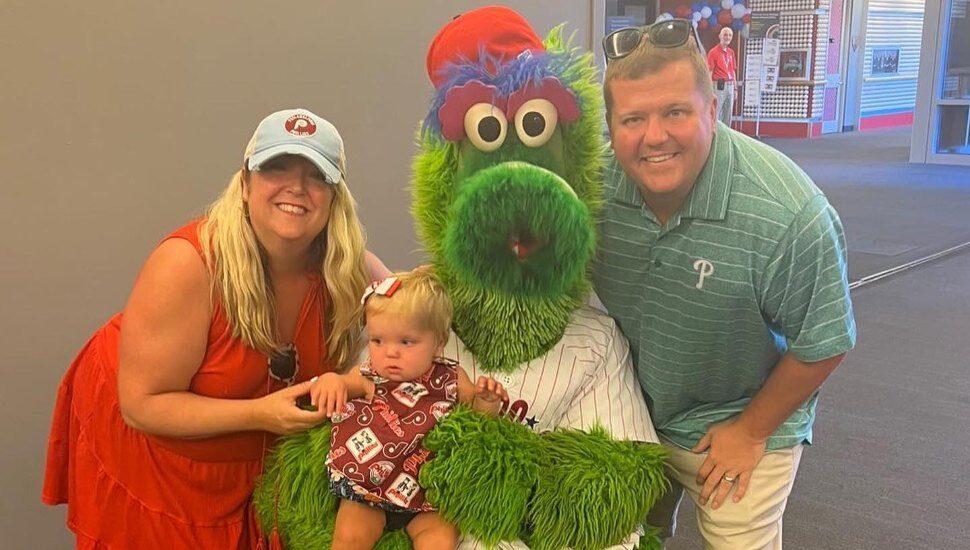 Image via Sew Much Cooler at Facebook.
Sew Much Cooler, Narberth, has adorable Phillies gear for the team's youngest fans, and it's all online.

The 2022 World Series, pitting the Philadelphia Phillies against the Houston Astros, is a big deal to fervent and casual fans alike. Across the county over the next five days, Montgomery Countians will be swathed in red, gathering in area bars and restaurants, cheering as they haven’t done since 2009 — the last time the Fightin’s took the National League Championship Series.

The connectedness of watching these games is half the fun. Instead of being parked in a Barcalounger eating stale guacamole, why not join with fellow fervent fans?

The Valley Forge Tourism & Convention Board lists plenty of ways to prep for and celebrate Red October.

Dressing for the Occasion

Red and white are the colors of the day for this battle (although a few green-white representations of Eagles will probably be tolerated). Fans who haven’t updated their Phillies garb since 2009 can get hooked up at the following in-county retailers:

Now properly garbed, it’s time to connect with other fans and cheer until hoarse.

The following establishments are offering some form of themed food-drink combos at special baseball-watching prices. Specifics can be obtained online or onsite:

All World Series games will be the center of attention — no muted audio — at the following establishments:

The Only Thing Left to Do

Given the VFTCB recommendations on how to dress and where to go once properly outfitted, the only thing left to do is cross those fingers and get ready for a wild ride.