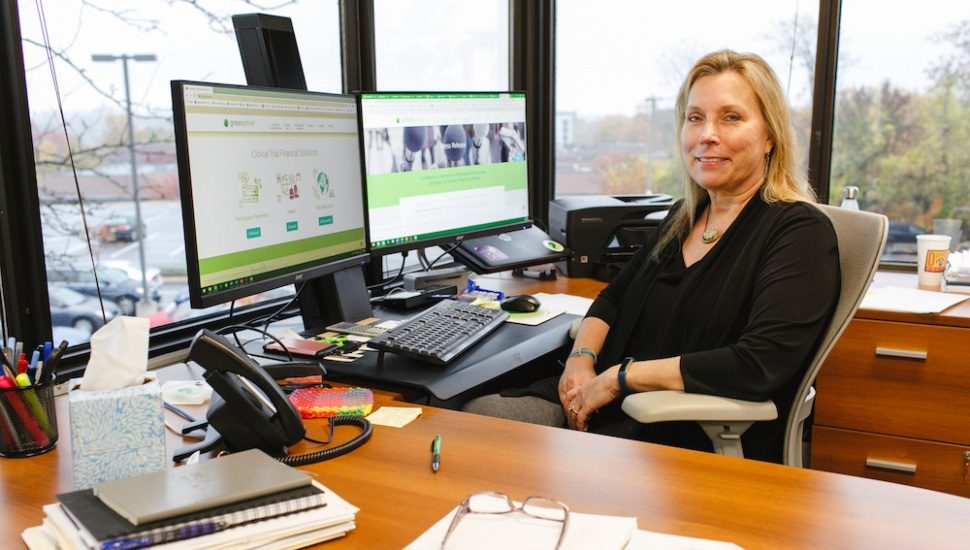 After spending most of her career working for technology companies in California, Montgomery County native Sue Vestri found her way back home as the Chief Financial Officer of King of Prussia-based Greenphire, writes the King of Prussia District.

The company has grown from less than 75 employees when she joined in 2016 to over 250 full-time employees and around 30 outside contractors today.

“We have moved our office three times over the years, always within King of Prussia, to ensure that we had enough physical space to accommodate our growing business,” said Sue Vestri.

In addition to being more affordable than Philadelphia, the King of Prussia community does a great job of both communicating with and for businesses.

“From our perspective, the landlords and building owners that we’ve worked with really want KOP to be attractive for businesses,” said Vestri.

As far as Greenphire’s future is concerned, the company has recently been acquired by a private equity company focused on growth.

“For us, that means new hires, office expansion, and possible synergies with other companies in order to accelerate our product development,” said Sue Vestri.

Which means the company is always hiring, she added.

Read the entire interview at King of Prussia District.