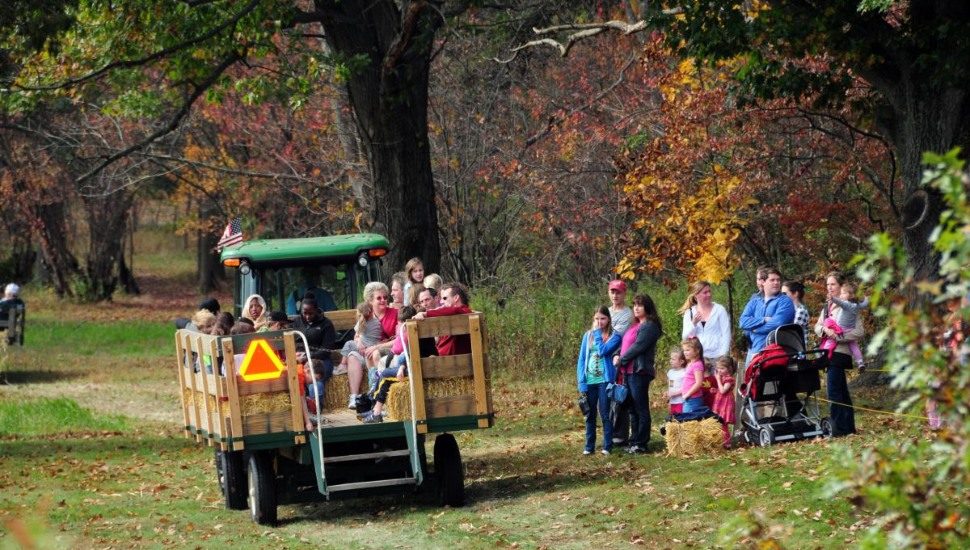 Images via Valley Forge Tourism & Convention Board.
Boo to you!

The Valley Forge Tourism and Convention Board scared up a whole host of tricks and treats this Halloween season with these events located right here in Montgomery County.

October 23rd, Skippack
Join in the fun at Skippack’s annual Halloween Children’s Parade. Make way for the superheroes, princesses, monsters, fairies, astronauts, and colorful characters as they parade down Skippack’s main street in the spirit of Halloween!

This year’s Halloween Parade down High Street will be held at noon, and starts at High and Adams Streets and proceeds to York Street. There will be a variety of decorated floats from local community groups and many fire engines.  Prizes will be awarded to the best floats.

The King of Prussia Town Center will once again be hosting trick or treaters to go tenant-to-tenant on Wednesday, October 27th from 4pm-7pm.

In addition to trick-or-treating, a DJ, Halloween-themed activations, games on the green, and festive décor, will bring the Town Center to life with excitement.

Come trick or treat at your favorite town center with participating tenants and showcase your most festive look.

October 30, Pottstown.
Come enjoy FARM vendors, pumpkin painting, a costume contest at noon and a short parade to the Manatawny Green mini-golf where a FARM fundraiser.

Later on join all for 6:30 until 9 p.m., free family movies, with free popcorn, will be shown in Smith Family Plaza in front of borough hall.

History and Haunts of Pottstown

Taking place on the same evening will be three separate walking tours of some of downtown Pottstown’s most historic and haunted places. It cost $15 per person to raise money for next year’s FARM markets — are at 6 p.m., 6:45 p.m. and 7:30 p.m. and begin at Blue Zen Wellness Collective at 28 S. Charlotte St.

October 30
The Victory Christian Life Center will also hold a “Light the Night” event resulting in the closing of Washington Street, between King Street and Buttonwood Alley, from 3 to 8 p.m.

Boo at the Zoo

Bring the little ones for a fun-filled afternoon for princesses, ghosts, and superheroes of all ages.

Make sure to bring your trick-or-treat bag, as treat and activity stations will be located throughout the zoo.

Come dressed in your creative costume and participate in the costume parade. Adults are encouraged to dress up too!

Ask any Horsham resident about Graeme Park and they’ll tell you it’s haunted!

A lantern tour guide will take you through the shadowy rooms and halls of the Keith House at Graeme Park and relate to you the spooky experiences, tales of the hauntings, and findings from paranormal investigations.

Make your way down to Ambler for a Halloween parade you’ll never forget! Bring your little ghosts and goblins out for trick or treating, pumpkin decorating, kid-friendly activities, and yummy treats all provided by Ambler’s local businesses.

Myth and Magic at the Museum

Glencairn Museum is once again hosting another year of their popular, family-friendly, annual Halloween event – Myth and Magic at the Museum! Inspired by the beloved Harry Potter book series, this year’s event will feature a brand-new scavenger hunt and a variety of magical oddities, all of which are spectacularly spooky!

The Eastern State Penitentiary is inviting you into their historic halls, where surprises await you around every corner.

This brand-new experience from the creators of Terror Behind the Walls transforms the penitentiary’s ten-acre web of winding hallways and courtyards into a sprawling festival.