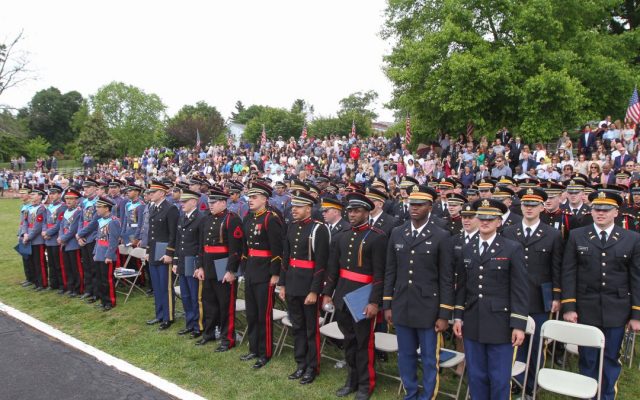 The Willow Grove chapter of Military Officers Association of America is committed to playing a major long-term role in supporting the community it serves. Image via Valley Forge Military Academy and College.

The Willow Grove chapter of Military Officers Association of America is committed to playing a major role in providing long-term support to the community it serves, writes H. James Hulton III for The Ambler Gazette.

The chapter was founded by retired Navy Captain Nelson “Nick” Charles in 1976. Charles died in August aged 101, but his legacy continues to live on.

The chapter has also sponsored an MOAA ROTC/JROTC Medal Awards Program for the last two decades. In addition to medals, the chapter awards cash scholarships to deserving students.

“The chapter is proud to sponsor this vital program each year,” said Major Gary M. Portnoy, USAF, ret., Chairman, ROTC/JROTC Awards for the MOAA Willow Grove Chapter. “The students involved represent the future of the US military as they develop a sense of belonging, discipline, and responsibility.”

Read more about the Military Officers Association of America Willow Grove chapter at The Ambler Gazette by clicking here.

PREIT, Owner of Two Montco Malls, Being Booted by NYSE