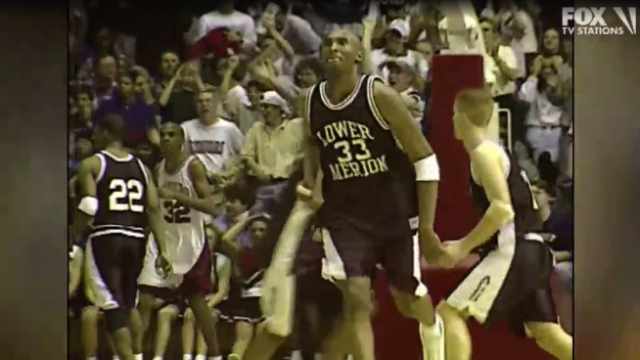 Before becoming an NBA legend, Kobe Bryant was an absolute superstar at Lower Merion High School, writes David Wysong for the Sports Casting.

Gregg Downer, his coach at the time, quickly realized just how special he was.

“I heard a lot of buzz about a 14-year-old in our middle school, so I went to watch one of his games,” said Downer.

However, due to breaking the rule that he had to pass the ball a certain amount of times, Bryant kept getting benched and Downer did not get a proper chance to see him play. Instead, he decided to go up to Bryant and invite him to practice with the varsity team. Within minutes of the first practice, the coach realized Bryant was already a pro.

In high school, Bryant helped turn around the Lower Merion team with his attitude and talents. While he was demanding on the field, “he was a good teammate in the sense that he held people accountable,” said Downer.

As a result, in his senior year, Lower Merion ended up reaching the state championship. And while playing with a broken nose, Bryant led them to a win.

Read more about Kobe Bryant at the Sports Casting here.