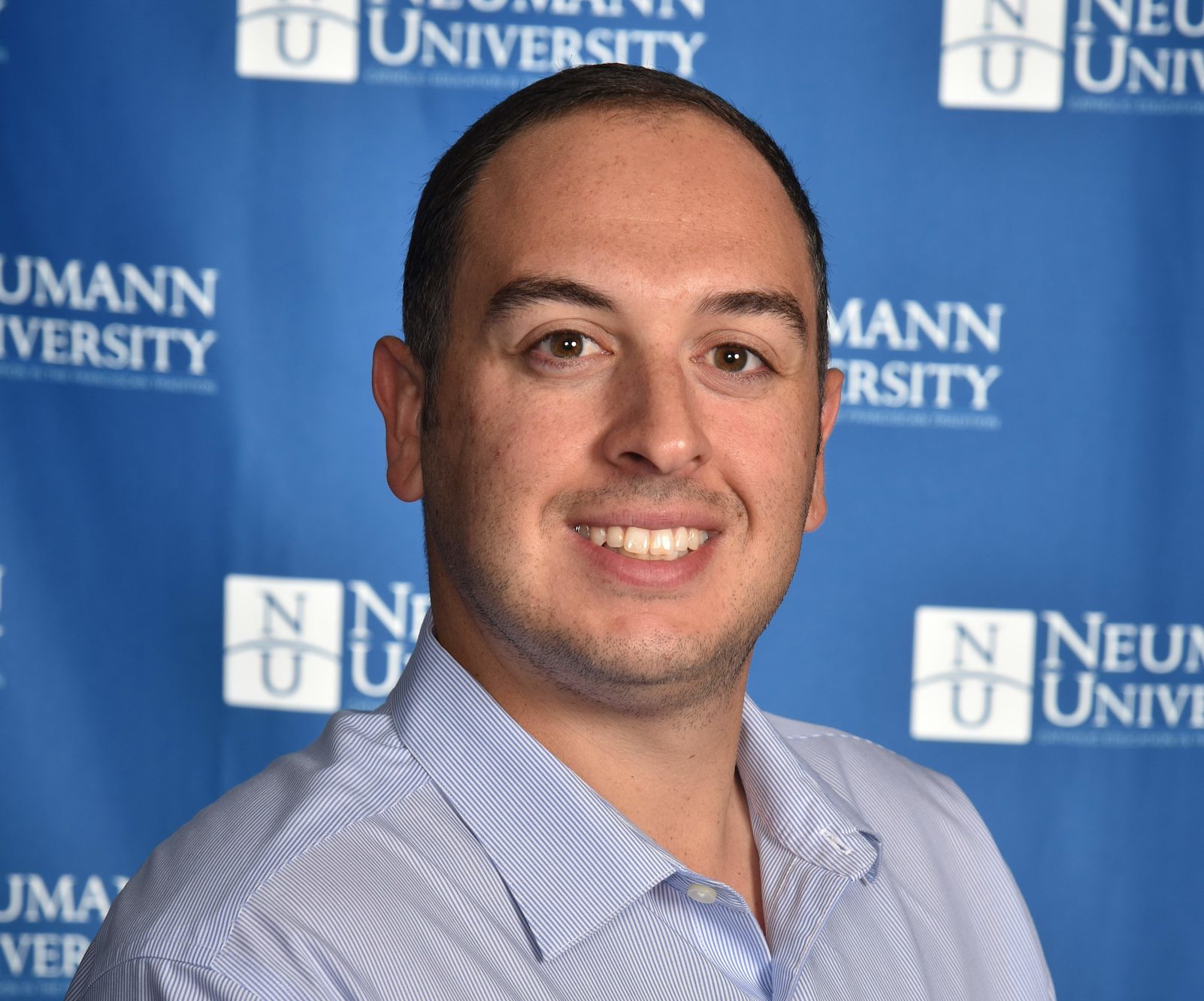 Cakeb Mezzy will give Neumann students an opportunity to take Kobe Bryant's Mamba Mentality beyond sports.

Designed around the philosophy of former NBA superstar Kobe Bryant, the three-credit course focuses on an analysis of the Mamba Mentality and its application beyond the realm of sports.

Bryant, who died tragically on January 26, 2020, left behind a legacy filled with incredible basketball achievements and life lessons.

He coined the phrase “Mamba Mentality” (a nod to his Black Mamba alter ego), which he said embodied his approach to life on and off the court.

According to Bryant, the approach is all about focusing on process and trusting in hard work when it matters most.

He once explained, “It’s the ultimate mantra for the competitive spirit.  It started just as a hashtag, and it’s grown into something athletes – and even non-athletes – embrace as a mindset.”

Now, thanks to Mezzy, Neumann students can learn how to embrace this philosophy.

He plans to challenge his students to tap into their curiosity and creativity, and to reflect on the impact they want to make in the world.

The class will require students to do a “Dear Basketball” project, which mirrors the short film written and narrated by Bryant that won him an Academy Award.

The short film embodies Bryant’s love, passion, and gratitude for basketball and celebrates the importance of big dreams, hard work, and perseverance.

According to Mezzy, the Mamba Mentality is not exclusively for the basketball court but rather geared toward life in general. He hopes his students will come to understand this concept and find ways to use Bryant’s philosophy in their own lives.

To date, there are 12 students signed up for the class, which is being offered online.