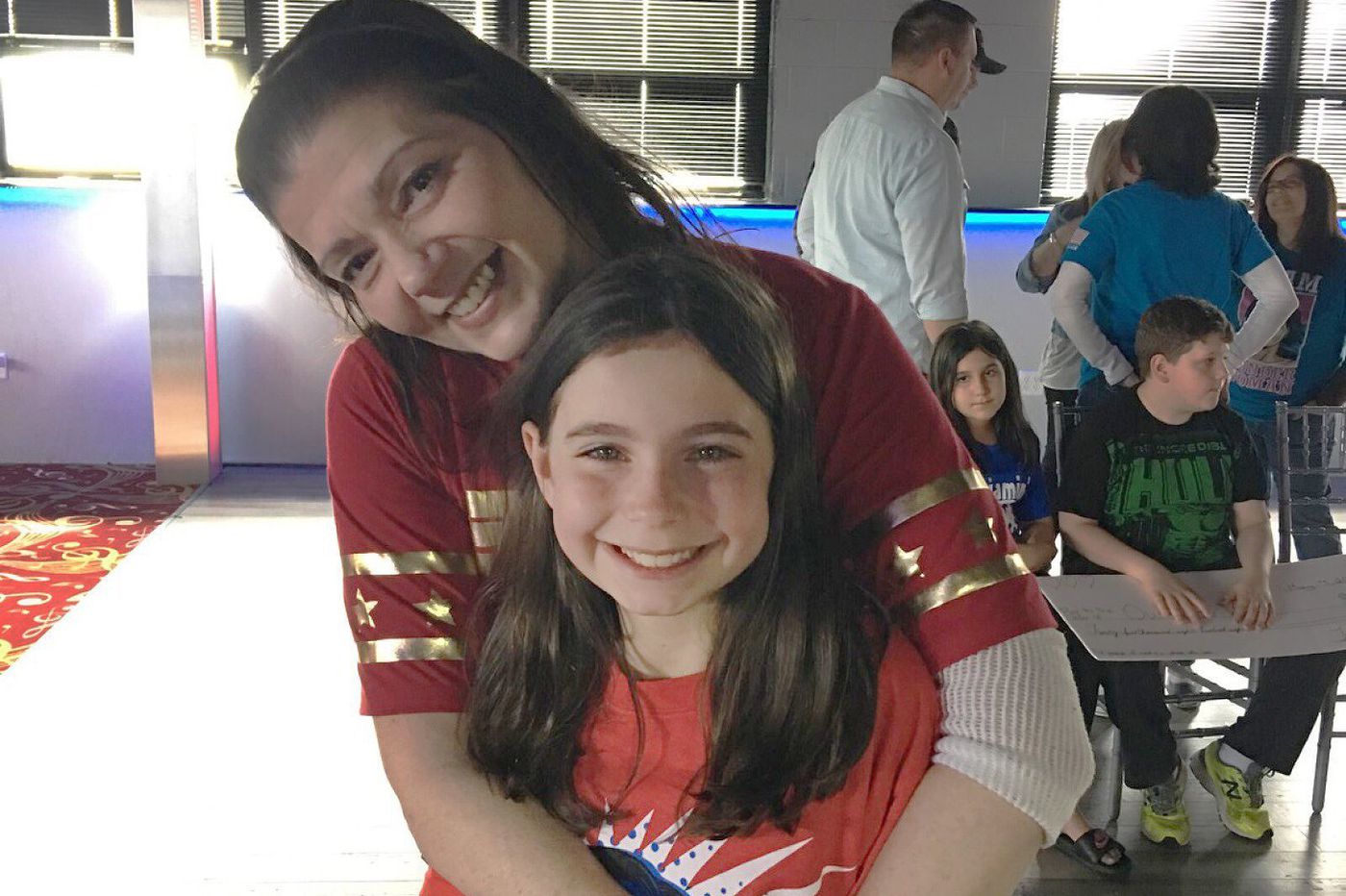 A file photo of Traci DiStefano with Casey Stone. Image via Traci's Tribe.

Fourteen-year-old Caroline “Casey” Stone, a Lower Moreland Township resident and an eighth-grader at Murray Avenue School, helped raise $50,000 in memory of her late friend, writes Mari A. Schaefer for The Philadelphia Inquirer.

Traci DiStefano died in January last year from a rare form of ovarian cancer. She was 49.

Following her death, 22 of her friends and their children founded a nonprofit in Huntington Valley called Traci’s Tribe to keep her memory alive by helping others.

Stone, who is a co-chair of the organization, managed to raise $50000 in less than four months with an inaugural fund-raising event called Kid’s Comfort for Cancer.

The amount significantly exceeded her initial goal of $15,000.

The funds raised at the event were then donated to Fox Chase Cancer Center, where DiStefano was treated.

This was not the teen’s first time to mobilize support for a worthy cause. When she was 8 years old, she raised nearly $1,000 for Autism Cares.

Two years after that, she managed to collect nearly $3,000 for DiStefano, who was unable to work because she was undergoing cancer treatment.

Read more about at The Philadelphia Inquirer by clicking here.