After reviewing nearly two-dozen spaces across the region, CertaPro Painters has finally found a new home for its headquarters in Lower Providence, not too far from its former location in Oaks, writes Natalie Kostelni for the Philadelphia Business Journal.

The company has signed a ten-year lease on the new 30,000 square-feet offices at 2621 Van Buren Avenue, more than doubling its previous space.

According to CEO Michael Stone, the main draw of the new location was that it had enough open space to accommodate the training center where CertaPro would teach its franchisees how to paint. 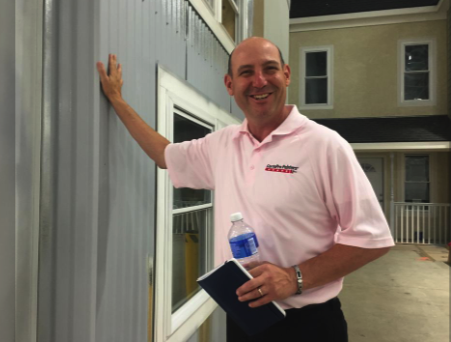 The CertaCity takes up 3,700 square feet of the new space and includes a series of faux exterior facades made with various materials commonly found on exteriors, including metal, stucco, and vinyl.

The space also has four common interiors, including a kitchen and bathroom with a variety of features like wainscoting and beadboard paneling, along with other everyday items such as a toilet, dishwasher, and drapes.

“We’re trying to lift the industry of painting,” said Stone. “We took a leap of faith that it would turn out in the space we wanted.”

Read more about CertaPro at the Philadelphia Business Journal by clicking here.