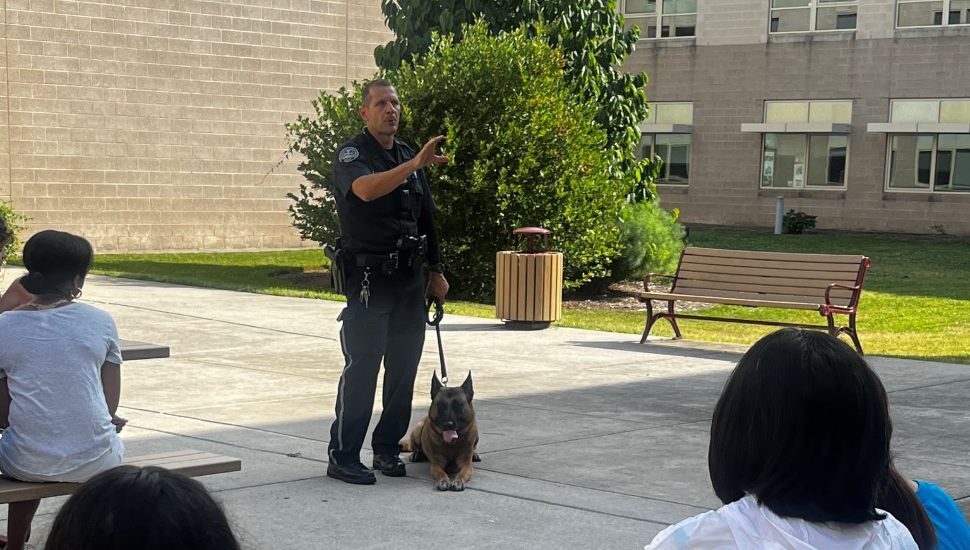 Image via Lower Merion Police Department at Facebook.
A Lower Merion police officer with a K9 assistant at a public event.

The Sept. 17 case involved the robbery of the CVS at 2870 Moreland Road. A store employee reported that a man entered the store, demanded cash, and indicated he had a gun.

After receiving the register contents, the robber fled, hopping into a sedan and driving off.

When he was spotted by a mobile officer, he ditched the car, and fled on foot.

The Abington officers formed a perimeter around the general area of the abandoned vehicle but needed help tracking down the suspect’s specific location.

A K9 team from Lower Merion was called in and before long, the dog had stopped the thief near a set of SEPTA Regional Rail tracks.

More on how a K9 public servant came in handy in a cross-community law-enforcement effort is at the Abington Patch.