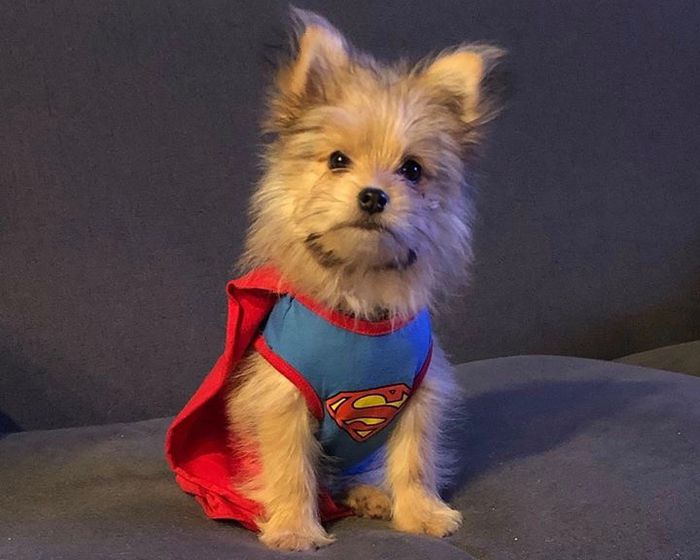 Linus poses on Oct. 31, 2019, in his Halloween costume at his home in Collegeville, Pa. Image via Howard Shinder.

Linus, a puppy who was adopted by Howard and Andrea Shinder of Collegeville after being abandoned at birth, is going to be part of the starting lineup for Animal Planet’s Puppy Bowl XVI on Feb. 2, writes Deb Kiner for the Penn Live Patriot-News.

Linus was one of three newborn puppies who were left abandoned at the Animal Care and Control Team in Philadelphia on July 7. The tiny animals were then quickly transferred to the New Life Animal Rescue.

Sadly, Linus was the only one of the three siblings to survive. He was adopted by the Shinders at nine weeks old.

“We saw it on social media and fell in love and adopted him,” said Howard Shinder. “He’s a great little puppy. He loves people and other animals.”

And while he had a rough start in life, he has now become a superstar. In addition to being recorded for the Puppy Bowl in October, Good Day Philadelphia on Fox 29 did a special segment on him on Jan.20.  e also now has his own Instagram account.

Read more about Linus at the Penn Live Patriot-News by clicking here.