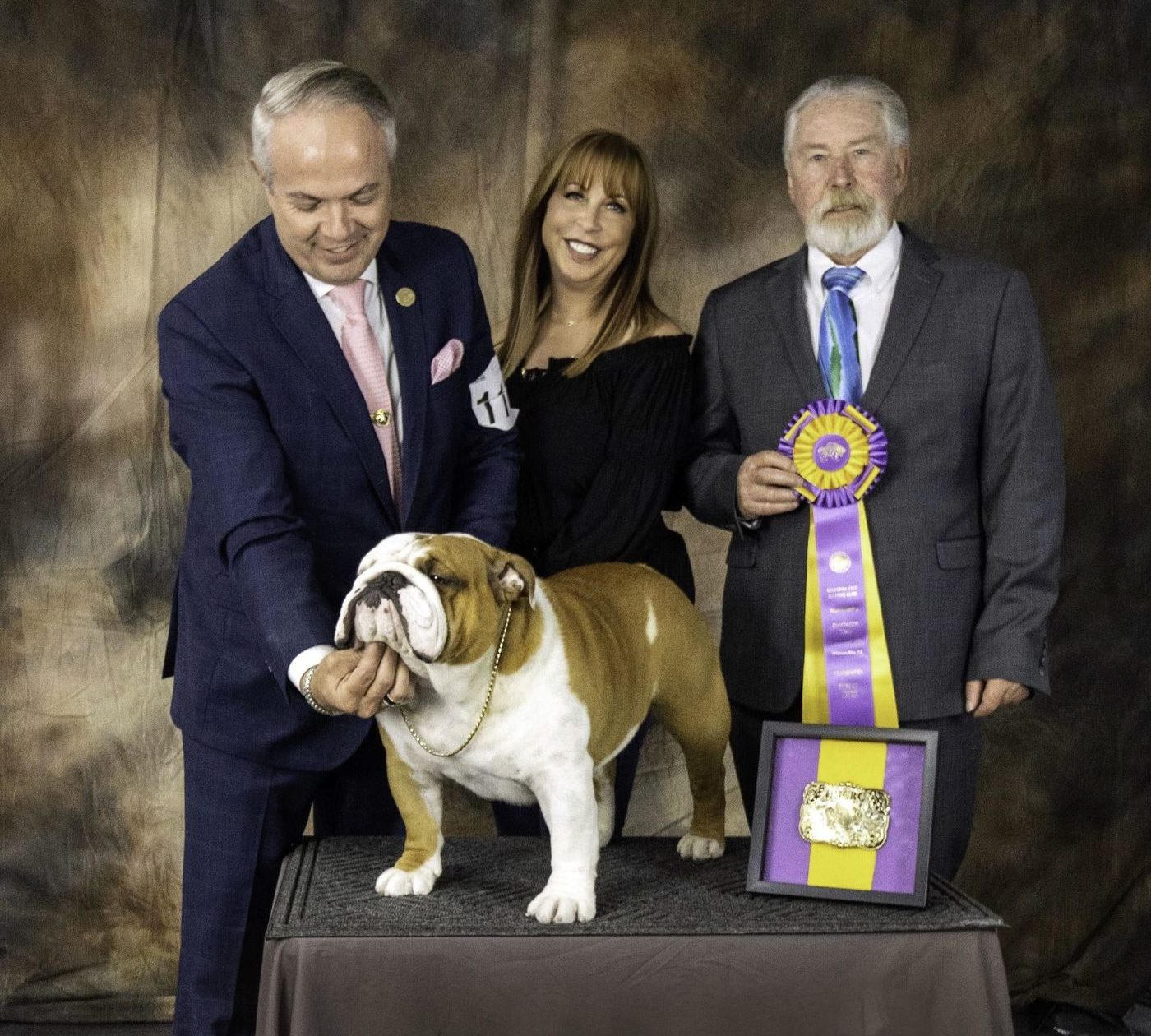 Thor, a bulldog owned by Abington High School graduate Kara Gordon, captured the hearts of the live and television audiences and won Best in Show at the Kennel Club of Philadelphia’s National Dog Show held at the Philadelphia Expo Center in Oaks, writes William Bender for The Philadelphia Inquirer.

Thor, who was born in Lima, Peru, is owned by Eduardo Paris, a native of Peru. And despite the odds being stacked against the jowly, low-slung breed, the 60-pound Thor came out as winner among 196 breeds with a total of 2,080 entries.

The competition took place on Nov. 16 and 17 but the results were not announced until the recorded show aired after the Thanksgiving Parade.

The two-and-a-half-year-old Thor thrived in the spotlight, putting many other more popular breeds into the background.

“Sometimes, up against an Afghan or some beautiful furry thing, it can be tough,” said Gordon. “But Thor is so structurally sound, when he moves – it’s funny to imagine, but he sort of walks on air.”

Read more about Thor at The Philadelphia Inquirer by clicking here.