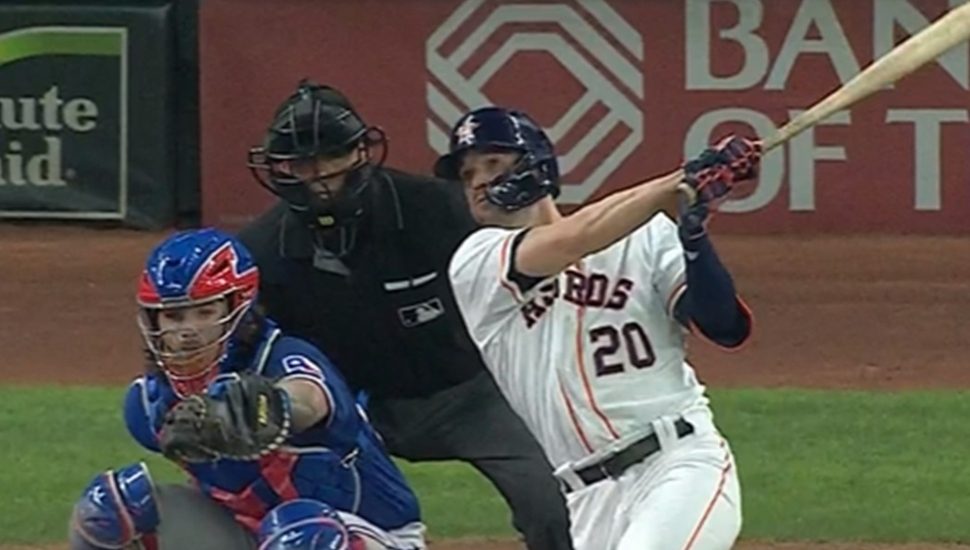 Chas McCormick, a West Chester native and Henderson High School graduate, held his own for the Houston Astros during his first season of Major League Baseball, writes Daniel Kramer for MLB.com.

McCormick played in 108 regular-season games, providing the team with an in-house defensive solution following the departure of George Springer.

He ranked 14th among all players, with plus-12 outs above average, a metric that shows how many outs a player has saved.

McCormick best showcased his defensive skills with a big catch in Game Two of the American League Championship Series against the Boston Red Sox. He raced 67 feet in four seconds to convert a play that had a catch probability of just 30 percent. While his team lost the game, his outstanding play limited the damage.

Now that the ALCS is shifting to Fenway Park, McCormick, who played collegiately at Millersville University, is ready to put in the extra work needed to prepare.

“There are some parks where it’s hard to see or the wind takes it,” he said. “You don’t get many weird bounces off the wall, either. It’s a pretty flat wall all around. Obviously, in Fenway, I’m going to be doing some early work seeing balls off the wall, because that’s a little different.”

Montco Leaders: With Eligibility Increasing, There Are Not Enough COVID-19 Vaccines to Cover All Who Qualify