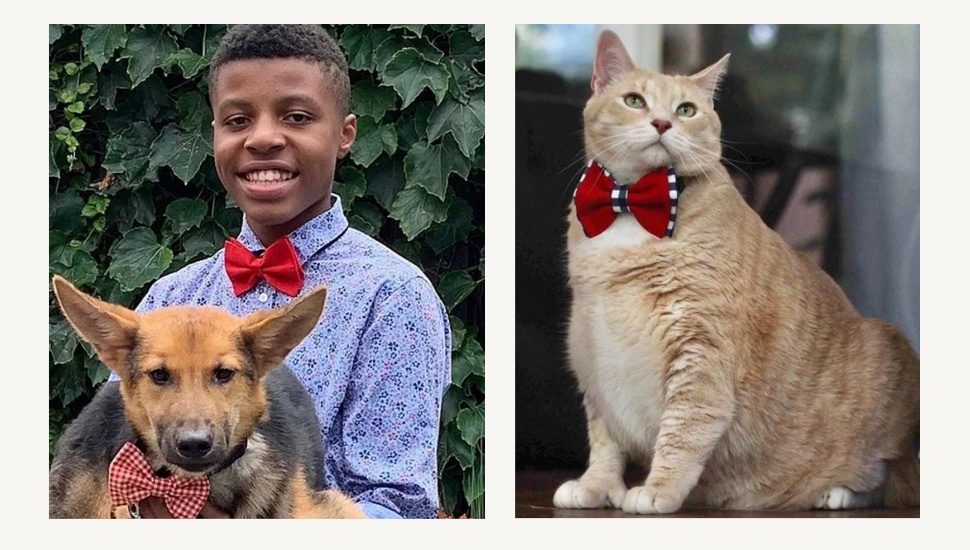 Brown, who learned how to sew bow ties when he was 8 from his older sister, Dazhai.

He first got the idea to turn his hobby into something more useful four years ago when he learned how many cats and dogs were left homeless after the devastation of Hurricane Irma.

After some of the animals were brought up North, he dropped off around 25 small bow ties at ASPCA animal shelter in New York City. And it worked even better than he expected.

Darius has also sent bow ties to Philadelphia-area shelters in Pennsylvania, like to Fish and Chips at Street Tails Animal Rescue shelter in Philadelphia, showing off their bow ties made by Darius.

.“Even something small like a tie can help get an animal adopted because a bow tie is unique and helps bring out a pet’s personality,” said 14-year-old Brown.

Since then, he has donated over 600 ties for shelter animals. His ties especially help older animals get noticed and adopted more quickly.

“Polka dot ties, striped ties, ties with dog paws and rhinestones — every tie is different, and I like to sew them all,” said Brown.

Read more about Darius Brown at The Washington Post.