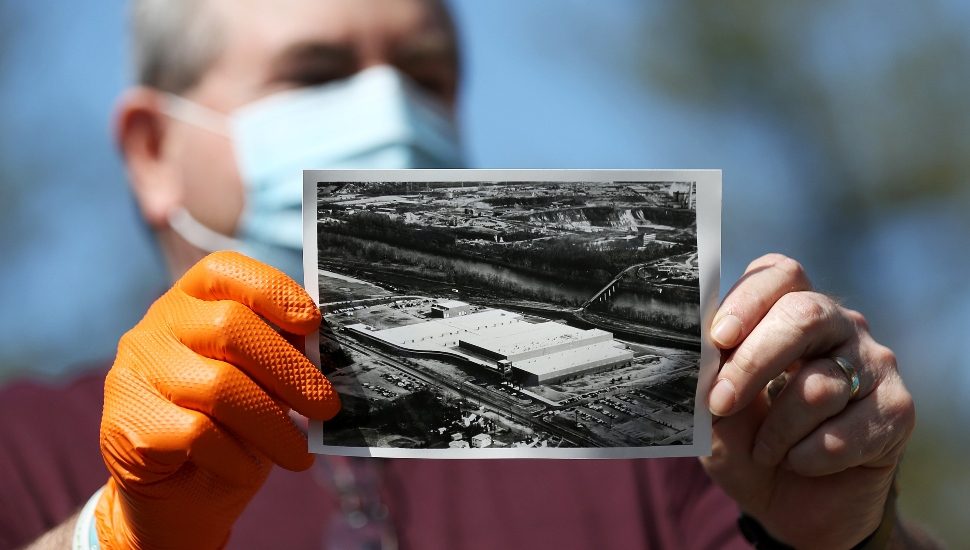 Image via Tim Tai, The Philadelphia Inquirer.
Vice President of Operations Fred Lehman holds up a photograph of The Inquirer's Schuylkill Printing Plant as he opens a time capsule buried in 1992 outside the plant in Upper Merion Township, Pa., on Friday, March 26, 2021. The time capsule, originally scheduled to be opened in 2092, was opened early because the newspaper is shuttering the plant and outsourcing printing to a Gannett facility in Cherry Hill.

The capsule that was buried in 1992 was supposed to be opened more than seven decades in the future, however this became unfeasible after a change in ownership of the plant.

The Inquirer recently sold the building and will be printing its newspapers at a Gannett facility in Cherry Hill.

The capsule was opened by Vice President of Operations Fred Lehman, who took out the various items contained inside one by one, and held them up for the employees to see and take pictures and videos of.

Among the objects in the capsule were a pager, a copy of the September 25, 1992, edition of the Philadelphia Daily News, and a Knight-Ridder stock certificate.

Read more about the Schuylkill Printing Plant in Upper Merion in The Philadelphia Inquirer.