Brought Together By Yearbook Mistake, Glenside Couple Finds Happiness in Their Family and Music 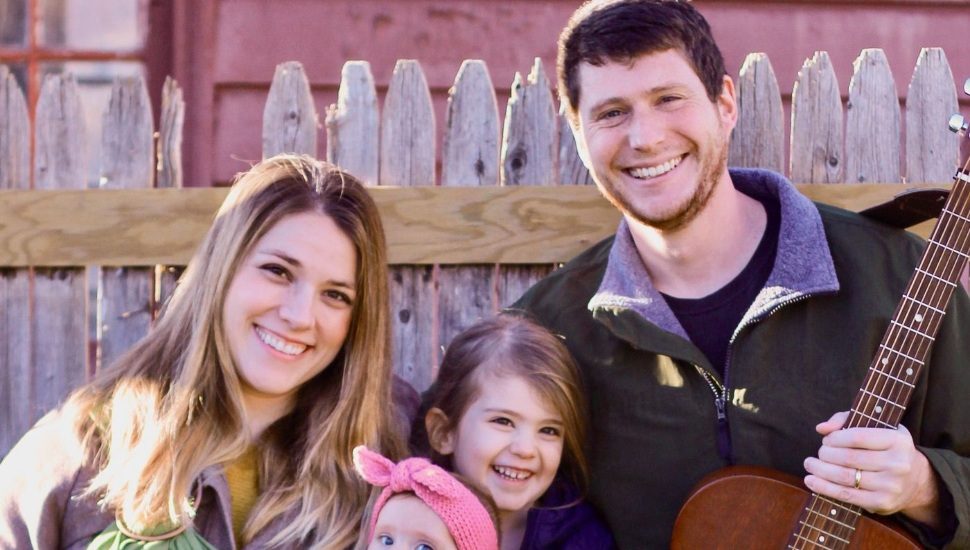 Image via Tori Steffen, The Philadelphia Inquirer.
Sarah and Ben Drake have found happiness together both in their family and in music.

When friends told Ben Drake his name was misspelled, he immediately grabbed the yearbook from the person nearest to him to check, writes Anndee Hochman for The Philadelphia Inquirer.

That turned out to be the way he met his future wife, Sarah. The pair, who lived in Doylestown at the time, began officially dating and were soon leaving for Gordon College together.

One of the things they shared was their love of music, so they often spent time singing together and writing songs.

They got married and spent several years indulging in low-budget traveling and doing temporary jobs they both enjoyed.

When they moved to Glenside, Ben found a job as a teacher and Sarah started working at a tech company. That was when they decided it was time to get serious about music and kids.

Over the next few years, they added two daughters to their family and started a family-and-friends band Instant Bingo.

Before the pandemic hit, they had started performing at local venues and festivals. Currently they are focused on writing and recording and hoping one day the girls will want to join the band.

Read more about the family at The Philadelphia Inquirer by clicking here.