A Refundable $100,000 Deposit Gives Any Buyers a Shot at Owning Region's Most Expensive Estate 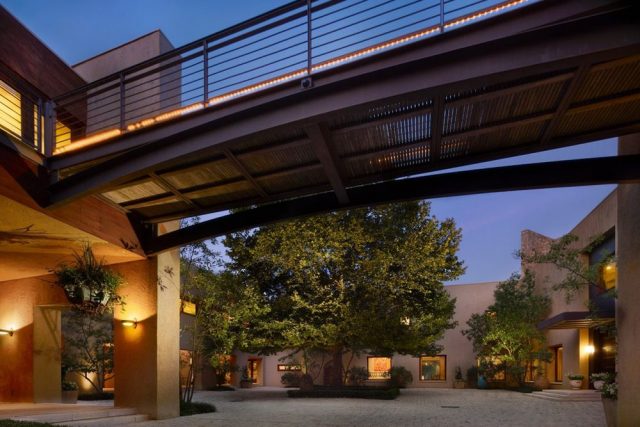 Arbor Hill in Fort Washington, a sweeping estate owned by the former chief executive of now-defunct Advanta, has been put up for private auction. Image via the Philadelphia Inquirer.

Arbor Hill in Fort Washington, a sweeping estate owned by Dennis Alter, former chief executive of now-defunct Advanta, has been put up for private auction after spending eight years on the market, writes Katie Park for The Philadelphia Inquirer.

Alter is auctioning off 50 of the estate’s nearly 70 acres. When the entire property first hit the market in 2012, the list price was $30 million. But after there was no interest shown in the estate for several years, he decided to re-list the estate less 20 acres for $12 million.

Finally, after the property had once again languished on the market with no buyers for two and a half years, Alter decided to put it up for auction.

The estate, including the house, was listed on Concierge Auctions on Tuesday, October 20.

There is no minimum bid for the estate, but bidders are required to deposit $100,000 that will be returned to them if they do not win the auction. The property will go to the highest bidder, regardless of the final price. The auction ends on Thursday, October 22.

Read more about Arbor Hill at The Philadelphia Inquirer by clicking here.