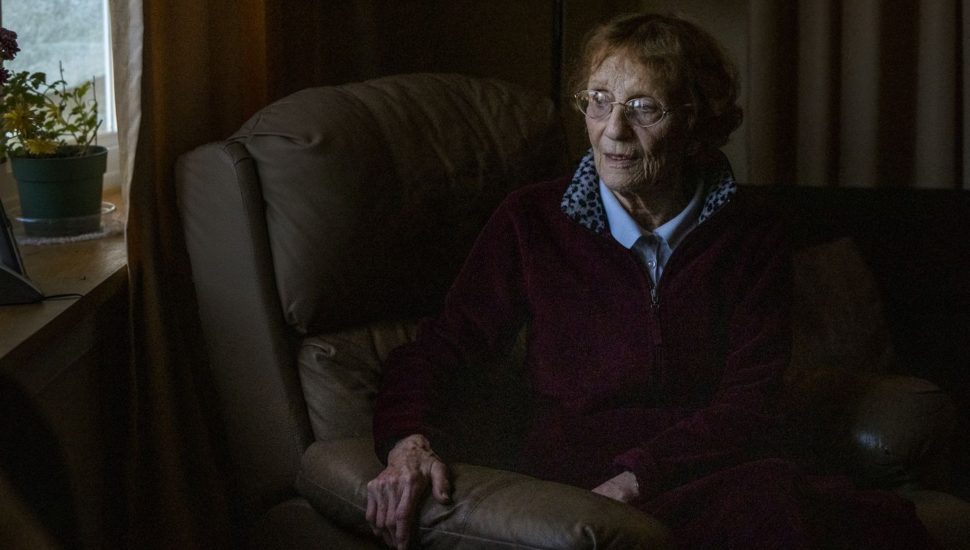 A week before she was set to leave for Poland, Anneliese Nossbaum, 91, talks about a childhood under Nazi rule. Image via Lauren Schneiderman, The Philadelphia Inquirer.

Anneliese Nossbaum, a Holocaust survivor who lives in Jenkintown, traveled with her family to Auschwitz 75 years after it was liberated by Soviet forces for one last ritual, writes Jason Nark for The Philadelphia Inquirer.

In October 1944, 15-year-old Nossbaum was brought to Auschwitz with her mother Irmgard Winterberg and aunt Anita Lewinski.

Right before they were taken from the train, her aunt pulled out a piece of chocolate and gave some to each of them to eat.

“It was our last togetherness,” recalled Nossbaum, “our last sweet sharing.”

After they exited the train, her aunt was immediately sent to die, while Nossbaum and her mother were forced to do labor.

After the liberation, Anneliese traveled to America to live with relatives. She has spoken countless times about her experiences and recorded testimony for both museums and filmmakers.

Then in January, Nossbaum took her family to Auschwitz and the spot where her aunt was separated from them. She gave each of her children and grandchildren a piece of chocolate.

“Let us eat this and remember her, and everyone else who had these tender moments here, in this horror,” she said.

Read more about Anneliese Nossbaum at The Philadelphia Inquirer by clicking here.

DesignCouple Finds Everything They Were Looking for in 1929 Colonial in JenkintownJune 12, 2021