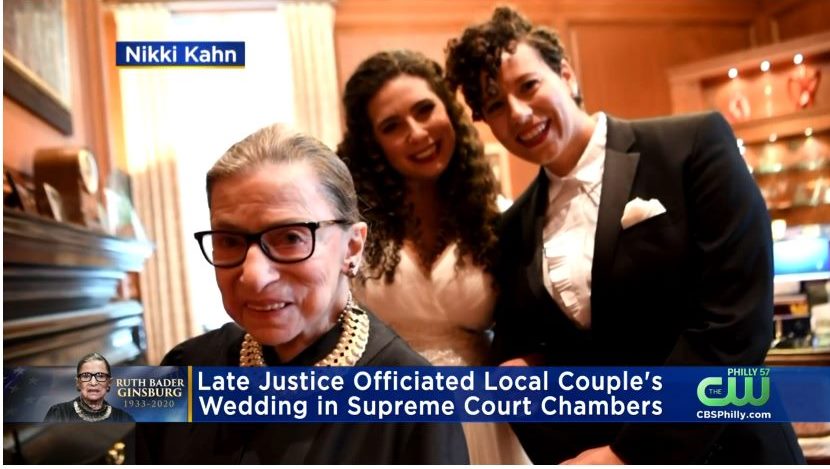 That connection led to her officiating the 2017 wedding of Daryl and Jackie Freedman.

Daryl Freedman, a professional opera singer, performed with the Washington National Opera at “Justice at the Opera” hosted by Ginsberg.

Working up their courage the couple asked Justice Ginsburg to officiate their wedding.

“The worst thing that someone can say is no and she’s an icon and legend and I figure now’s our shot to see if she would grant us this honor and we asked,” Jackie Freedman said.

She said yes. A few weeks later they were in Justice Ginsburg’s Supreme Court chamber.

The couple said Ginsburg was very specific about the words she used in the ceremony.

Ginsburg died Friday at 87 of complications from metastatic pancreatic cancer.

From Weddings to Corporate Head Shots, Bryn Mawr Photographer Brings a Personal Spark to Your Image