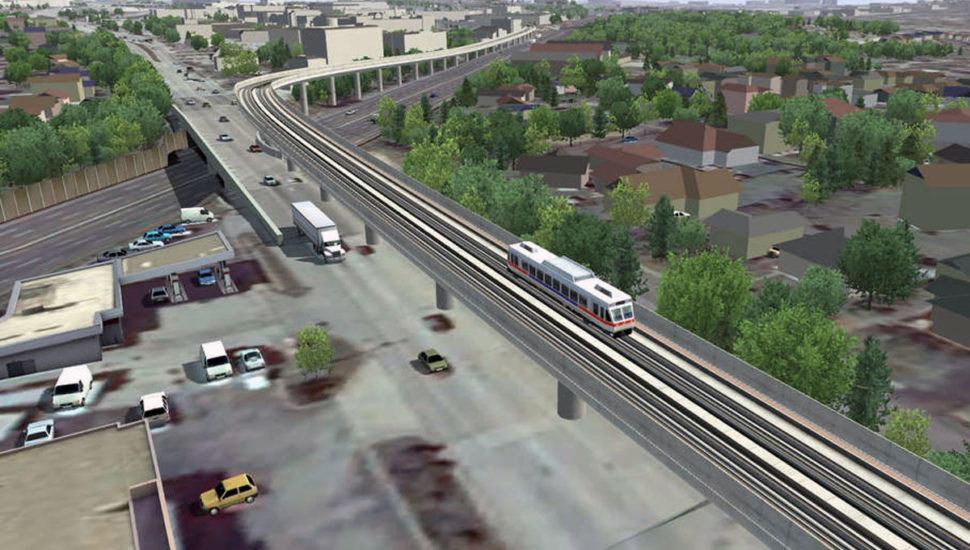 An artist's rendition of the $1.1 billion high-speed rail link between Norristown and King of Prussia. Due to its pandemic-related losses, SEPTA is expected to stop $250M worth of capital projects, including extending Norristown High Speed Line to King of Prussia.

Due to pandemic-related financial strain, SEPTA is expected to put a stop to $250 million worth of capital projects and the extension of Norristown High Speed Line to King of Prussia may be among them, writes Jack Tomczuk for the Metro.

In the recently released report called “Move Better Together,” the transit authority said it ran multiple models to help predict future trends. Based on the collected data it has projected an operating budget shortfall of $400 million over three years as a result of pandemic-related ridership drops.

The reason why the King of Prussia rail extension is on the most likely list of potentially canceled or delayed projects is simply the size of the project.

“Some of those big things start coming off the board right away,” said SEPTA spokesman Andrew Busch.

However, he added that some of the smaller jobs, including track replacement and station renovations, could also be on the chopping block.

The full list of affected projects should be available next month. Projects that SEPTA has already begun implementing will be finished.

Read more about SEPTA at the Metro by clicking here.

Due to Revenue Loss During Pandemic, SEPTA May Slash Many Services