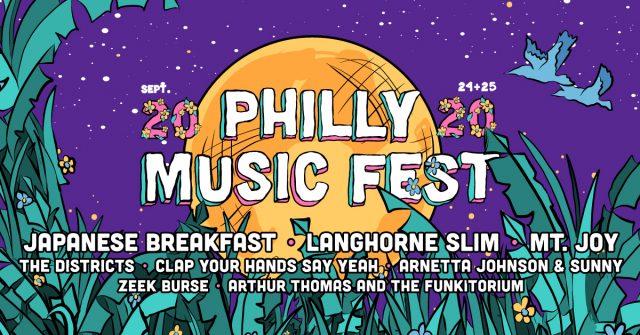 Philly Music Fest will hold an all-virtual LIVEstream music festival on Sept 24 & 25 that will be broadcasted live on WXPN. Image via The Valley Forge Tourism and Convention Board.

Unlike other virtual music festivals that feature performances pre-recorded in living rooms and bedrooms, all of Philly Music Fest’s headlining and direct support sets will be performed live and the performances will be on a stage.

Bands will perform at the Ardmore Music Hall, which is outfitted with a cutting-edge, four-camera HD audio and streaming video capability, powered by Nugs.net.

Proceeds will be donated to Philadelphia-based music education programs and seed another round of Philly Music Fest grants for local musicians struggling due to COVID-19.

These artists represent the diversity of the Philadelphia music scene, drawing from rock, folk, hip hop, indie, jazz and funk.

“One of the most beautiful things about Philly Music Fest is the community coming together to celebrate our local music scene, while simultaneously raising money for the next generation of musicians in our city—we think of it as a cycle,” said Founder and Producer Greg Seltzer.

“A streamed festival is far from perfect, but it will still showcase the live talent of our city’s many musicians while raising money for kids’ music charities and supporting local musicians.”

Philly Music Fest’s livestream will be broadcasted live on WXPN, and the video of the performances will be available at NPR Music Live Sessions.

The livestream can also be accessed through the Philly Music Fest website and Ardmore Music Hall’s website.