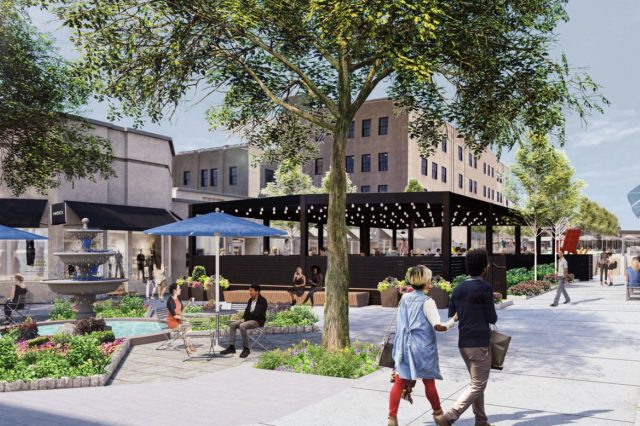 Hornik has built his career on Center City and the Delaware riverfront restaurants and clubs for more than two decades. However this latest endeavor represents a return home, as it will be located close to where he grew up.

Hornik’s Four Corners Management has made a deal with Kimco Realty for the center courtyard of Suburban Square. The company is taking over the storefronts of former Kate Spade and Jack Wills boutiques along with a 2,000-square-foot outdoor area.

The design – which borrows from the restaurateur’s city projects such as Harper’s Garden and Morgan’s Pier – is currently being reviewed by Lower Merion Township. The 260-seat project is expected to open next spring.

The company said that Hornik would personally direct the project which will have “an eclectic garden setting that will feature lush greenery and flowers [complemented] by repurposed and recycled natural materials and found objects, with comfortable and community living room style seating and styling.”

The eatery will offer American cuisine along with a full bar.

Read more about Lola’s Garden at The Philadelphia Inquirer by clicking here.

Juice Dr. Expanding Its Subscription Service with Its First Brick-and-Mortar Location in Ardmore