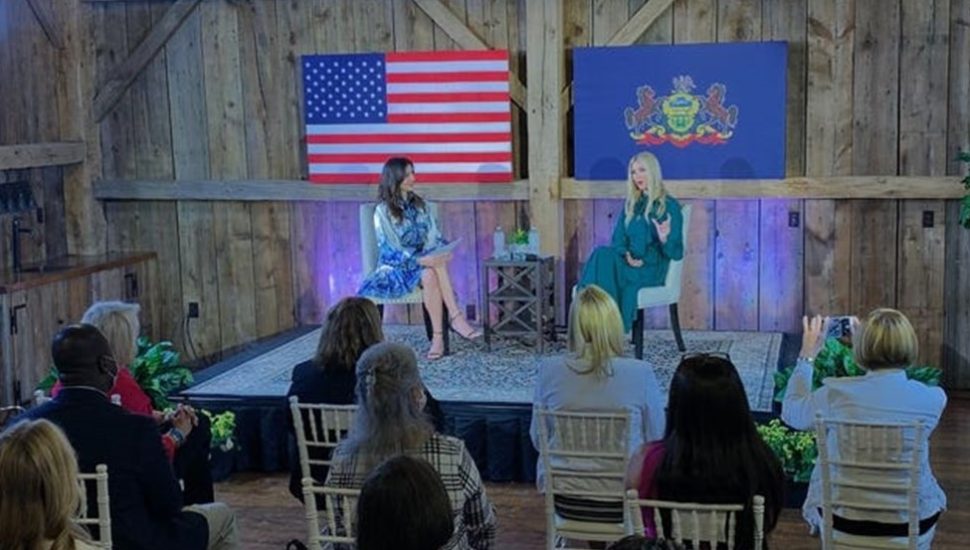 Ivanka Trump recently returned to Honey Brook – a place she visited four years ago to campaign for her father – where she spoke at an intimate gathering of around 30 people as part of her efforts to help Donald Trump get re-elected, writes Jim Melwert for KYW Newsradio.

“First and foremost, America needed that champion,” she said.

During the gathering, she spoke about the president’s efforts to battle the COVID-19 pandemic and leading stimulus efforts.

“Leveraging all of government, he did a phenomenal job, and it’s still going,” she said.

She also touched on several other topics, including STEM education for women, childcare, and jobs.

“The enormity of the responsibility is very real, and he responds to it with tremendous heart,” said Ivanka Trump.

Although she did not mention her father’s personal opposition to mask-wearing or tweets in which he opposed shutdown orders in April, she did say that the pandemic has highlighted the need for better family policy. She said that this is something the current administration has been working toward and has already made progress on by improving family leave.

Despite More Women Than Ever in State Politics, PA Ranks 31st for Women’s Political Participation Nationwide