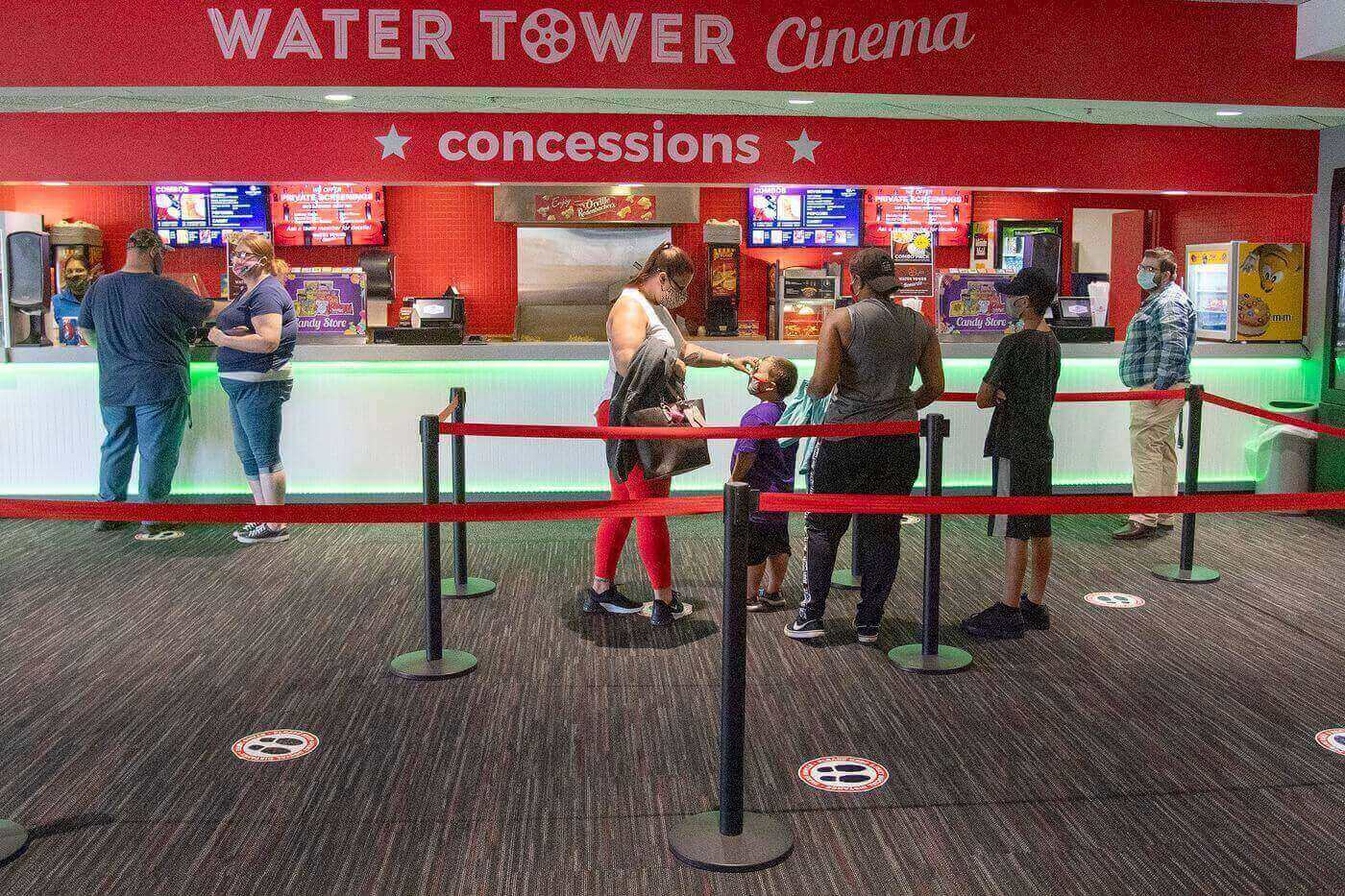 Moviegoers at the Water Tower Cinema in Lansdale Image via Jose F. Moreno, The Philadelphia Inquirer.

While some movie theaters are struggling to attract moviegoers, Water Tower Cinema in Lansdale is thrilled to see many of its movies are selling out, writes Erin McCarthy for The Philadelphia Inquirer.

Now, a “good night” can mean just 15 people coming out to watch a film on the big screen, said Teri Yago-Ryan, vice president of communications for the Goldenberg Group, which owns the Lansdale theater.

Yago-Ryan added that the returning patrons have been compliant with pandemic protocols that include social distancing and mask wearing. They have also expressed thankfulness that they exist in the first place.

According to ComScore’s box-office analysis, since cinemas reopened, Water Tower was the Philadelphia market’s highest-grossing non-drive-in theater. However, the theater is still far from doing the business it used to.

The theater is financially “struggling like everyone else,” said Yago-Ryan, “but for now we are able to keep our doors open.”

Read more about the Water Tower Cinema at The Philadelphia Inquirer by clicking here.

Bollywood Comes to Montgomeryville at Water Tower Cinema with Baaghi 3