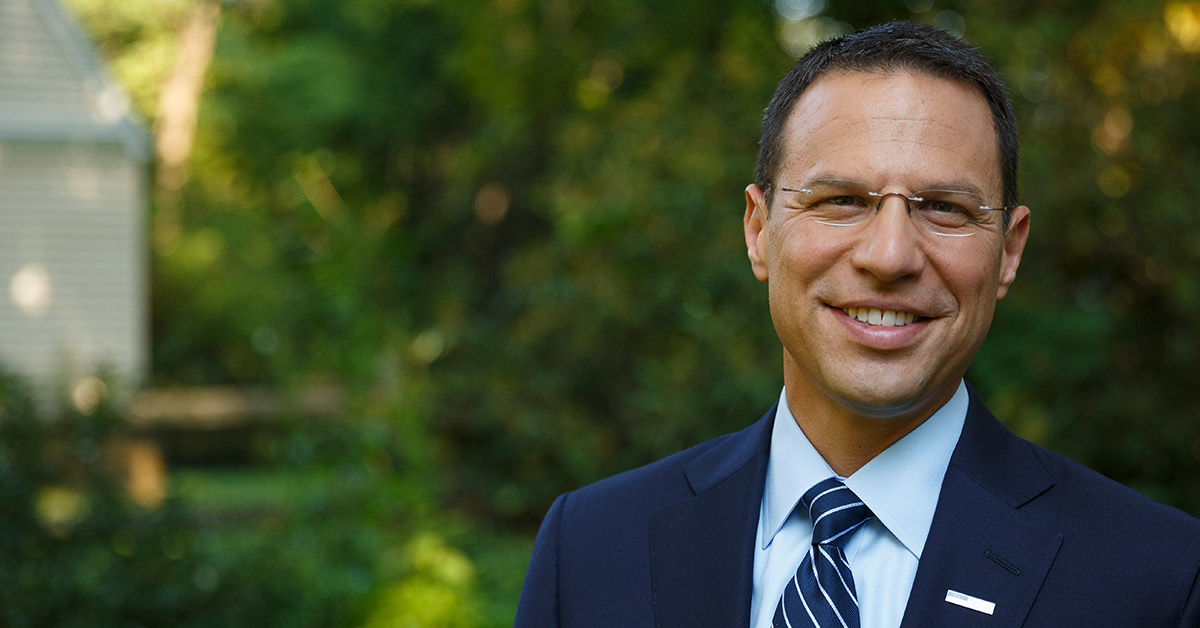 Pennsylvania Attorney General Josh Shapiro, who lives in Abington with his wife and children, talks taking on President Trump and COVID-19.

As Pennsylvania Attorney General, Josh Shapiro has proven that he does not shy away from legal battles, whether they involve the Catholic Church or even President Trump, writes Melissa Jacobs for the Main Line Today.

For Shapiro, who lives in Abington with his wife, Lori, and their four children, deciding to pick these battles is not a struggle.

“I look at the law and whether it’s being violated,” he said. “I look at what Pennsylvanians need or is rightfully theirs. Every day, folks get screwed in this society. It’s my job to fight like hell for the people who can’t fight for themselves.”

Right now, he is especially proud of his office’s involvement in creating the PA CARE Package.

“Among other things, almost 20 banks gave customers 90-day grace periods on car loans and mortgages without late fees,” he said.

If he is re-elected in November, Shapiro plans to continue to take on the big fights and putting people before powerful institutions.

“COVID-19 laid bare how uncertain things are for people every day,” he said. “People need an attorney general who will fight for them every day.”

Read more about Josh Shapiro at the Main Line Today by clicking here.