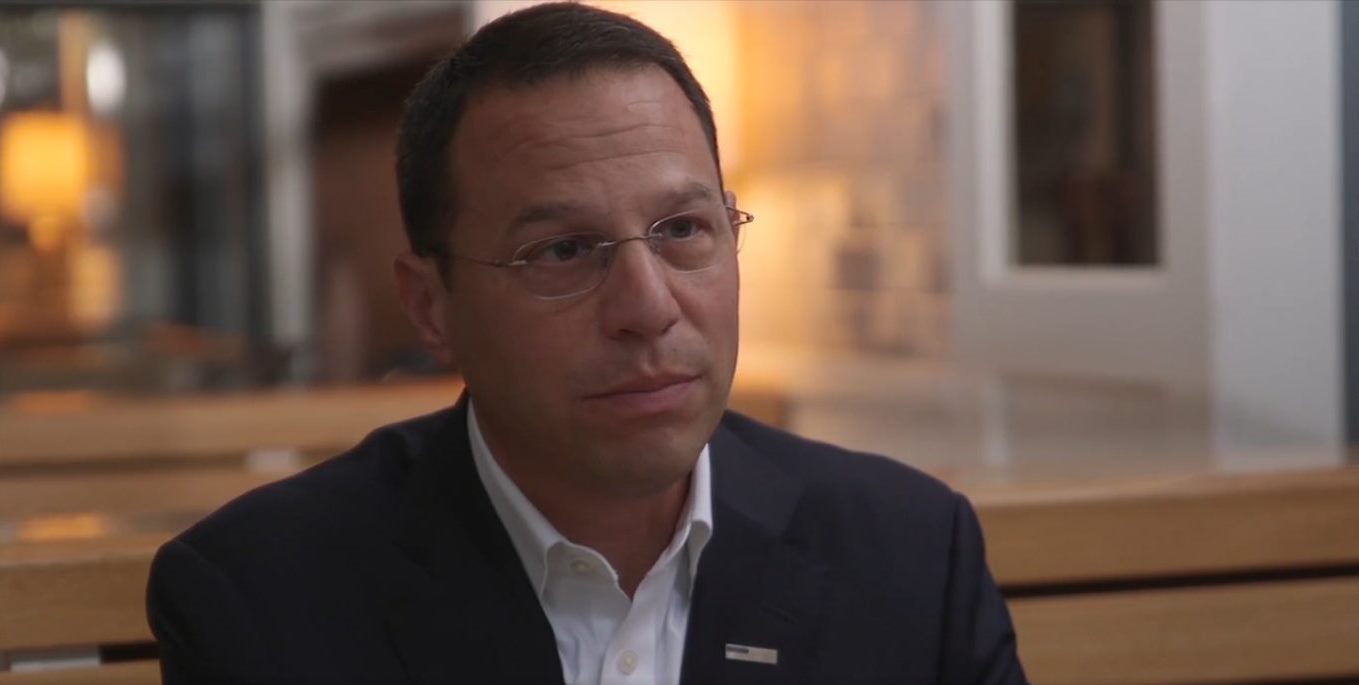 Josh Shapiro gives an interview during Overheard at Tredici. Image via 6abc.com.

Pennsylvania Attorney General Josh Shapiro, who made history when he was elected as the first Democratic chairman of the Montgomery County Board of Commissioners in 150 years, hoped to be a doctor before life led him down a different path, writes Ajay Raju for 6abc.

During his freshman year at the University of Rochester, three things happened to Shapiro on the same day. First, he flunked out of premed and was cut from the men’s basketball team.  Later that day, someone knocked on his dorm room door and asked him to run for student council.

After he won, he fell in love with advocacy and service. From that point, he went on to study political science and work on Capitol Hill. Later, he ran for office himself.

“I’ve never looked back,” said Shapiro. “I’ve just always felt that this was my calling.”

He is also happy that his current position allows him to act and solve problems rather than just talk about them.

“I ran to be a different kind of attorney general,” he said, “and I like to think I’m just doing what I said I was gonna do.”

Watch the entire segment at 6abc by clicking here.