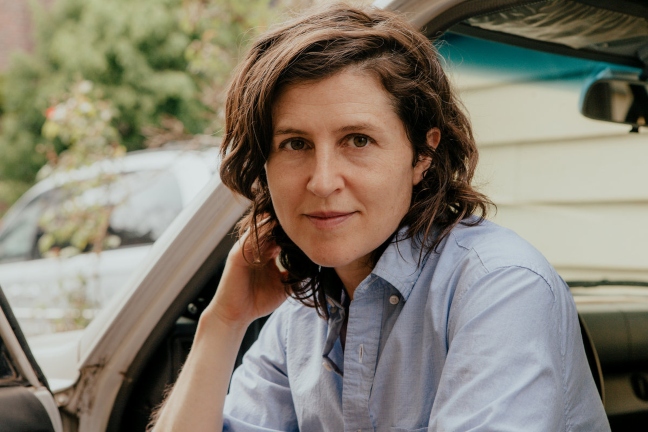 The latest album by Bala Cynwyd native Mirah Yom Tov Zeitlyn is a rerelease of her early work accompanied by a spectacular tribute bonus album. Image via Bandcamp.

The latest album by Bala Cynwyd native Mirah Yom Tov Zeitlyn, “You Think It’s Like This But Really It’s Like This,” is a rerelease of her early work accompanied by a spectacular tribute bonus, writes Dan DeLuca for The Philadelphia Inquirer.

Mirah is closely associated with the Pacific Northwest indie-pop sound and recorded four albums there for K Records in the early 2000s. At the time, she was working with multi-instrumentalist producer Phil Elverum.

Her albums were the perfect blend of smart, deeply-personal songwriting and warmly inventive arguments.

“You Think It’s Like This” was released in 2000 as her debut album and is now being rereleased, accompanied by a tribute where 16 artists cover a variety of Mirah’s songs.

The songs on the new album are still as good as when it was originally released, having perfectly stood the test of time. The album once again showcases Mirah’s impressive musical range, and is best demonstrated by her influence on a new generation of songwriters.

The artists performing Mirah’s songs on the tribute album include Allison Crutchfield of Swearin’, Sadie Dupuis, and Shamir.

Read more about the new release at The Philadelphia Inquirer by clicking here.