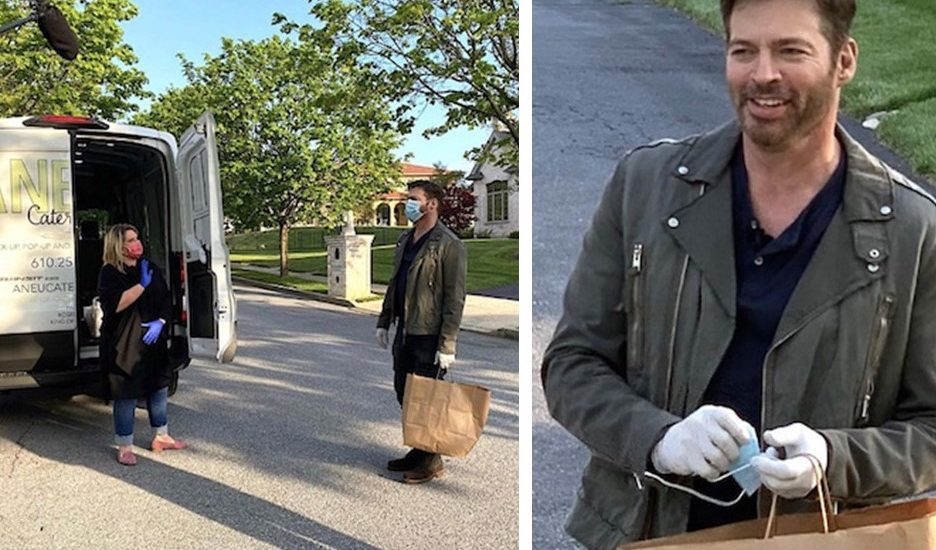 Since the pandemic began, Coyle has delivered more than 5,000 donated meals to frontline workers, and her efforts have not gone unnoticed. In fact, she recently received a call from a CBS producer who asked if the host of its new special – Grammy Award winner Harry Connick Jr. – could stop by to interview her about her work.

Coyle happily accepted and a meeting was arranged at the Allentown home of one of her clients.

However, before the cameras started rolling, Coyle had one request for the interviewer.

“Could you take down your mask?” she asked. “I drove a long way to see you.”

Connick was happy to oblige, making the day even better for Paoli’s previously unsung hero.

The show aired on June 21 and also featured Tim McGraw, Queen Latifah, Dave Matthews, and Cindy Lauper, among many others.

EntertainmentBeen in Wawa Lately? You Might See Your Wardrobe on ‘Mare of Easttown’June 12, 2021

EntertainmentA Second Season for "Mare of Easttown?" Only If It's Great, Ingelsby SaysJune 8, 2021