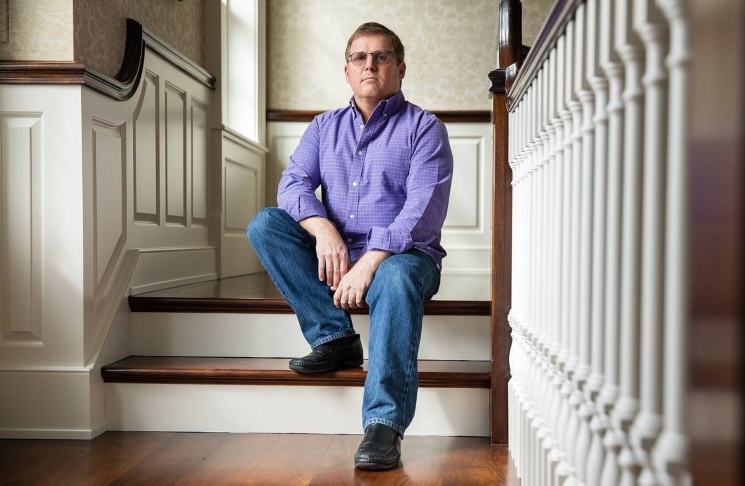 David Magerman, a Main Line multimillionaire, wants to take on the internet itself to prevent tech giants from using our private data to manipulate the world. Image via the Wall Street Journal.

David Magerman, a Main Line multimillionaire who lives in Merion Station, wants to take on the internet itself to prevent tech giants from using our private data to manipulate the world, writes David Murrell for the Philadelphia Magazine.

Magerman looked at the workings of companies that manipulate user data, such as the now infamous Cambridge Analytica.

He found that they are constantly mining for data and using it to model people which results in “anything from companies to candidates” ending up “shaping people’s opinions and pushing them to have certain views,” he said.

And while he is not the first person to realize this, he has wasted no time in offering a solution, albeit a drastic one: to fundamentally re-create the internet.

Currently, he believes the internet has two major problems: insufficient data encryption and too much privacy. What he proposes is to create a public layer on the web that would also serve to protect data and would invert the current model that enables mass data collection.

Additionally, users would need something akin to an internet driver’s license that would be used to confirm they are human.

Read more about David Magerman at the Philadelphia Magazine by clicking here.

Malvern Bank House of the Week: Charming and Stately Colonial in Ambler