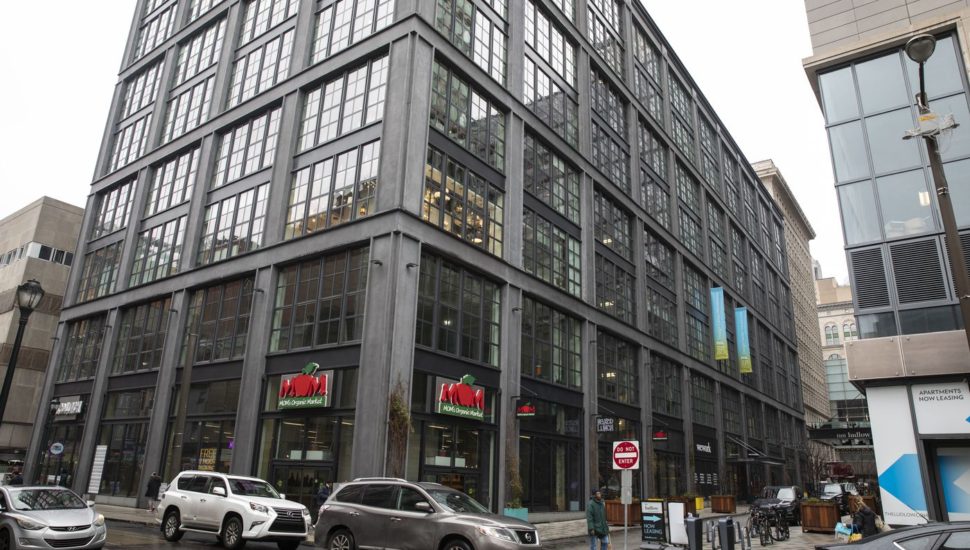 Merck, the pharmaceutical giant with more than 10,000 employees in Montgomery County, is opening a Center City outpost at a WeWork coworking location on East Market Street. (image via Philadelphia Inquirer.

Merck, the pharmaceutical giant with over 10,000 employees in Montgomery County, is opening a Center City outpost at a WeWork coworking location, writes Jacob Adelman for The Philadelphia Inquirer.

WeWork and Merck held a ceremony to mark the opening of the space earlier this week. Among those present were WeWork executive chairman Marcelo Claure, elected officials including Mayor Jim Kenney, and Merck representatives.

The 25,000-square-foot space occupied by the drugmaker has 205 desks and takes up an entire floor of WeWork’s three-story East Market location.

In taking a place in the coworking facility, Merck is following in the footsteps of numerous other national and multinational companies. These have used coworking to establish a Philadelphia foothold without having to sign a long-term lease or buy and fit out their own space.

“Coworking and flexible workspaces are allowing tenants from outside the market dip their toe in the Philadelphia office market, and are a great way for them to see whether it is a good fit for their company and open a more permanent satellite office in the city,” said Casandra Dominguez, research director at the Philadelphia office of Cushman & Wakefield.

Read more about Merck at The Philadelphia Inquirer by clicking here.