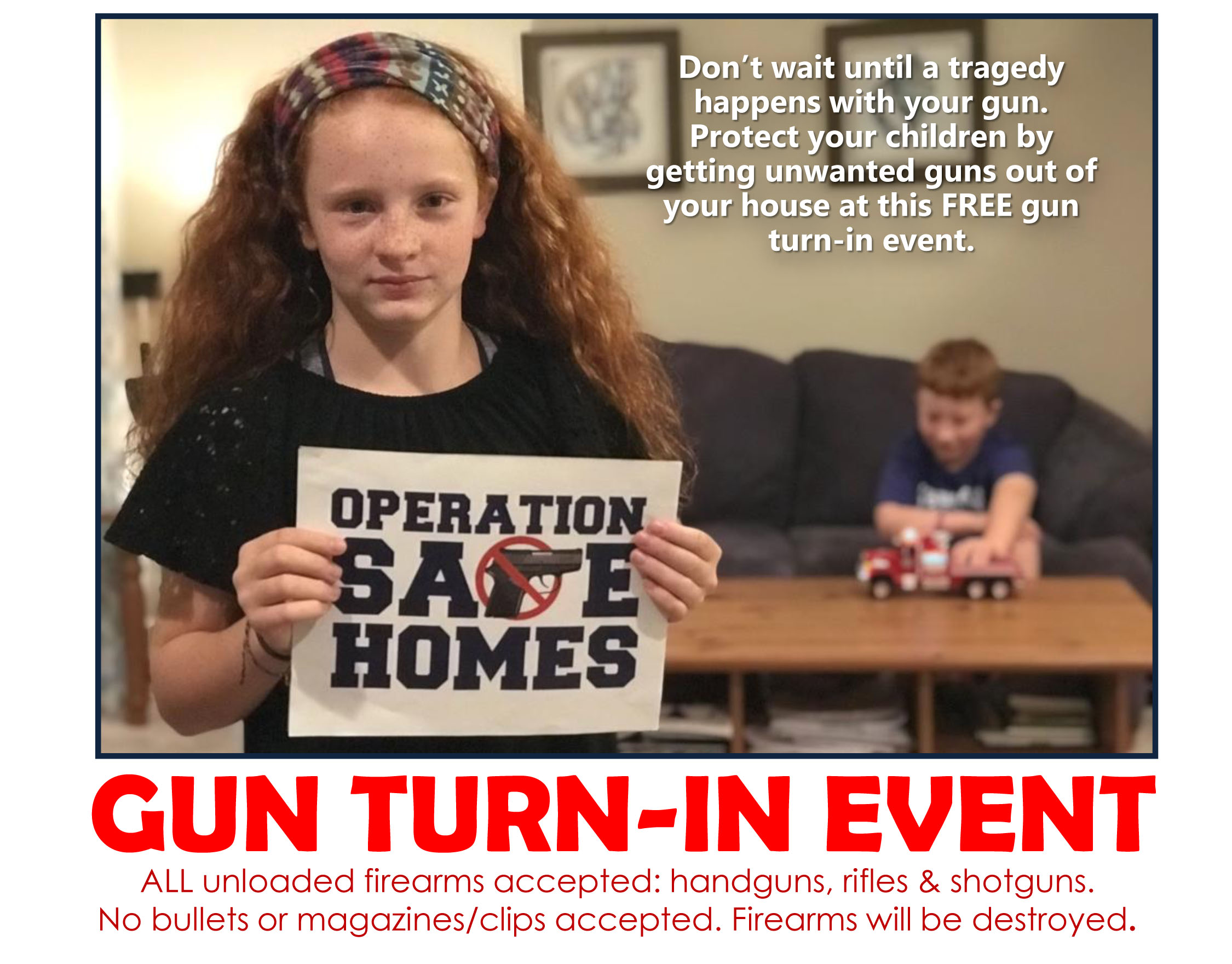 “In the wake of last week’s shooting of six Philadelphia Police Officers and other gun violence in across the country, discussions abound about guns on the street and in American households. Calls are increasing for some type of action,” said Steele. “We in Montgomery County are taking action. We are again holding Operation Safe Homes events where gun owners can drop off any type of unwanted firearm for safe disposal. Last year we collected 107 unwanted guns of a variety of types. Residents were profuse in thinking us for holding this event.

“But let me be very clear: we are not taking guns away from anyone. This is a community service to any gun-owning resident who has decided to get guns out of their house and permanently off the street. It doesn’t matter what type of firearm — from long guns to pistols, we’ll take them and melt them down.”

Guns will be accepted from 4 p.m. to 8 p.m. on Wed., Sept. 18 and 9 a.m. to 1 p.m. on Saturday, Sept. 21 at one of eight police departments in Montgomery County serving as “Operation Safe Homes” drop-off locations. The locations are:

Americans have more guns than any country in the world, and recent studies have shown that 13 million households have both young children and a gun.* In 2017 in the United States, 2,462 school-age children were killed by firearms, which is almost seven children a day. Of those deaths involving firearms, the causes included accidental, deaths, assaults and suicide.**

“Many people have both guns and children or grandchildren in their homes and are uncomfortable with that fact. We are making it easy to get rid of unwanted guns and and make sure they are destroyed rather than being sold on,” Steele said.

For questions about the “Operation Save Home,” event, citizens can call the Montgomery County Detective Bureau at 610-278-3368 or any of the eight participating police departments.