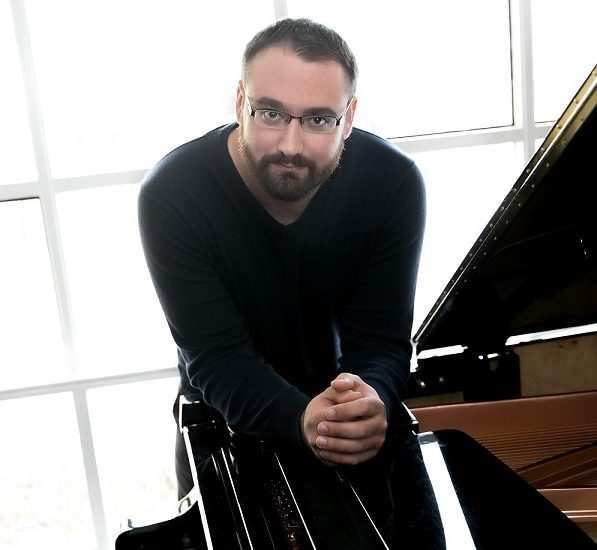 Joe Kenney is a recording artist and virtuoso keyboardist from Philadelphia. He graduated from West Chester University of PA in 2013 with a B.M. in piano performance. Kenney’s recordings are distinctly his: a cohesive blending of jazz fusion, rock, and classical idioms. Prolific — he’s put out three full albums with two forthcoming (all in three years) — Joe has garnered praise for both his original compositions and cover arrangements.

First Sundays start at 3 p.m., with doors opening at 2 p.m., courtesy of Centre Theater Music School Director Steve Kramer. There is no charge, but a $10 donation is suggested. The Centre Theater is located at 208 DeKalb St., Norristown. Dec. 2 is the next First Sunday event.

Joe Kenney’s debut album, Afflictions and Remedies, a solo piano album, was praised as a “painting of a piano at work” by Meredith Hairston, who put the album in rotation at WJSU in Jackson, MS .Joe’s eight-track debut has also received spins on WRTI and WXPN in Philadelphia.

In early 2016, Kenney showed his versatility by delivering a nine track album of jazz and classical inspired arrangements of alternative rock and top 40 hits. Released in February 2016, “1.5” was recognized on broadcast radio 104.5 Philadelphia several times and featured on the alternative rock station’s page on iHeartRadio. DJ Wendy Rollins characterized his Twenty One Pilots cover as “perfection” and went on to praise Joe for “re-imagining songs in a completely different format”.

Expanding into different formats, Kenney got to work on an album with a full band for the first time, honing in on a jazz fusion sound while retaining the classically informed harmonies from his first two albums. The first two singles from the upcoming album were released in November 2016, with the third single, “Zera”, put out in May 2017.

In March 2018, Kenney released 2.5, his third full studio album in as many years. Showcasing multiple styles and varying instrumentation, 2.5 features distinctively energized reinterpretations of eight alternative rock hits. The first half of the album features funky, bluesy, jazzy, and even classical-inspired full group instrumental and vocal arrangements of four songs, while the second half of the album features virtuoso solo piano re-imaginings of four others.

In June 2018, Joe signed on 212° Records with Carter Fox and Michael Tozzi of iJazzGlobal. In August, Joe made waves with his debut orchestral performance with the Chesco Pops, where Kenney’s arrangement of his own original work “Zera” was premiered.