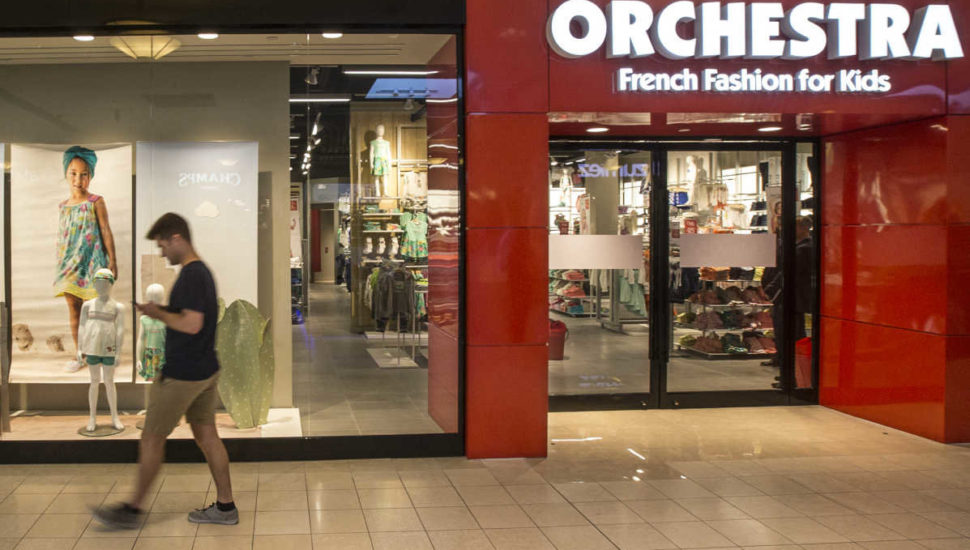 Orchestra is part of the “fast fashion” retail wave that constantly introduces new designs with over 3,000 created each season. The 4,400-square-foot store is Orchestra’s first U.S. location. It also marks a major milestone as the company already operates in most other major markets worldwide.

When asked what prompted the entry into the U.S. market now, Pierre Mestre, founder and chairman of the board of Orchestra Premaman, said that “the opportunity was there.”

With nearly 700 stores in 40 countries, Orchestra has an enviable distribution network. This can distribute over 100 new items to any of its stores each week and helped it net $782 million in sales last year alone. The company also boasts a members’ club which for a $10 annual fee, gives a 25 percent discount on all of its merchandise.

“We are thrilled,” said Agathe Boidin, the American CEO of Orchestra. “King of Prussia is a top-three mall in the United States, so our product and concept will be seen by a lot of customers.”

Read more about the new retailer at Philly.com by clicking here.