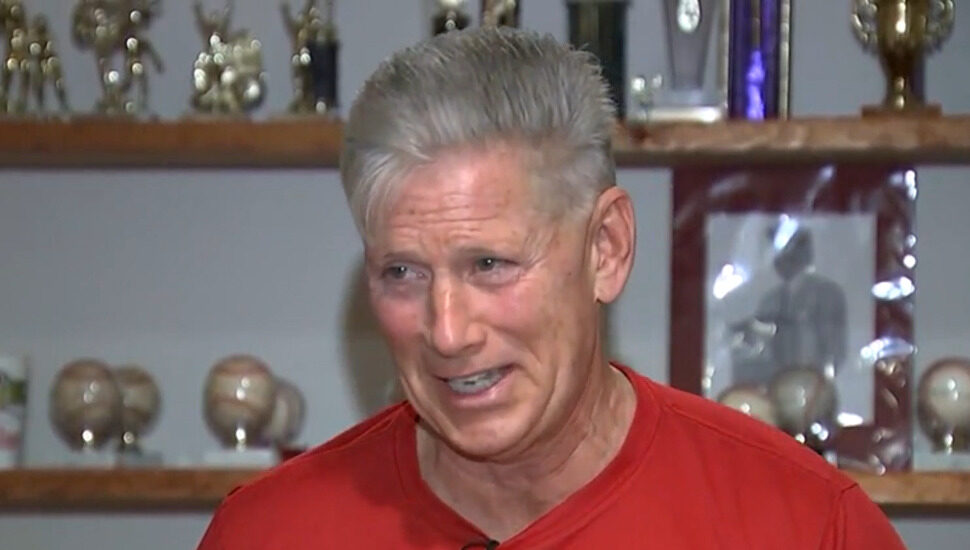 The baseball décor in David Backer’s home has been a work in progress since he was a Glenside boy. Now, it comprises a veritable museum’s worth of curated Phillies items, including Veteran’s Stadium seats in which Backer still nestles to watch games on television. Vittoria Woodill, of CBS3 Philadelphia, got a tour.

Backer’s basement shelves are filled with balls and bobbleheads; its walls bear photographs, programs, and images of superstars past and present.

Some he bought. Some he caught. Some he was given, like the signature cap from 1950s centerfielder/Hall of Famer/broadcaster Richie Ashburn.

A special spot is devoted to Backer’s hero, Mike Schmidt.

“There he is: Mike. Superman with the ‘S.’ Right there,” Backer said, pointing to a portrait.

Other collectibles include a Larry Bowa bat, dozens of signed baseballs, a Mike Schmidt serigraph (a silkscreen-printed card), and The Philadelphia Inquirer 2003 edition that bid farewell to Veteran’s Stadium.

“All of this represents my life,” he concluded. “It represents time spent with friends and family.”

More on David Backer and his Phillies mementos is at CBS3 Philadelphia.