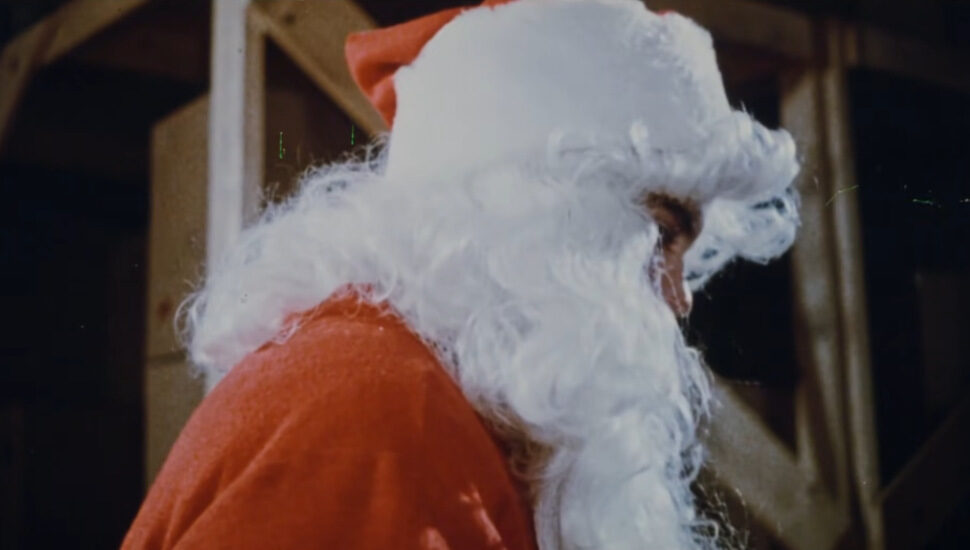 Image via ScreamFactoryTV at YouTube.
The 2022 Monster-Mania Con will feature the not-so-nice version of Santa, reviving the villain from "Silent Night, Deadly Night" (1984).

The 2022 Monster-Mania Con creeps into the Greater Philadelphia Expo Center, Oaks, from Nov. 11–13.

The event is being promoted by the Valley Forge Tourism & Convention Board.

Attendees will want to do everything possible not to nod off onsite, as the headliner appearance is actor Robert Englund, whose portrayal of dream-killer Freddy Kruger has, well, preserved him as one of the icons of the genre.

Other notable appearances include:

The show also includes a reunion of the cast of A Nightmare on Elm Street 3: Dream Warriors (1987), one of the most profitable entries in the franchise.

Attendees eager to get a photo with one of their favorite horror characters can do so, posing with Art the Clown, “Super Freddy” from A Nightmare on Elm Street, and — wow, what a holiday card this will make — killer Santa from Silent Night, Deadly Night (1984).

Show dates and hours are:

Entry costs range from a VIP experience at $150 to the Sun. general admission at $25.

Tickets are available online and at the door.

Children under 10 are free.

From the late 1970s to the mid 1980s, slasher films were a popular movie genre;
this Christmas-themed installment, whose villain is appearing at the 2022 Monster-Mania Con,
was meant to mirror the success of another seasonal horror success: the Halloween franchise.