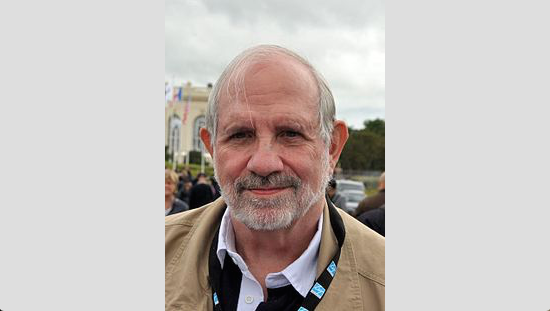 Brian De Palma, one of the world’s most famous directors behind hits such as Scarface, is a graduate of Friends Central High School in Wynnewood. Image via Wikipedia.

Brian De Palma — one of the world’s most famous directors behind Halloweenish classics such as Phantom of the Paradise (1974), Carrie (1996), and Dressed to Kill (1980) — is a graduate of Friends Central High School in Wynnewood, writes Bill Doyle for New Jersey 101.5.

De Palma is the son of a Philadelphia area surgeon. A math and physics whiz kid in his youth, he got interested in filmmaking while attending Columbia University. After graduation, he obtained his master’s degree in drama from Sarah Lawrence.

He started by directing documentaries and small films.

Soon after, he proved that he had a great eye for casting when he provided Robert DeNiro with his first credited screen role in The Wedding Party.

However, his breakthrough came with the movie adaptation of Stephen King’s Carrie. The movie was a huge hit and received Oscar nominations for its two leads, Sissy Spacek and Piper Laurie.

He then continued creating worldwide hits, including Mission: Impossible, which grossed more than $450 million worldwide.

His latest project — the production of which was interrupted by the pandemic — is a film called Catch and Kill. It is described as a Hollywood horror film about a predatory movie mogul perhaps patterned after Harvey Weinstein. No release date has been listed.

Act II Playhouse Serves up a Sharp Holiday Porter; Not a Drinkable Ale, But a Delightful Night