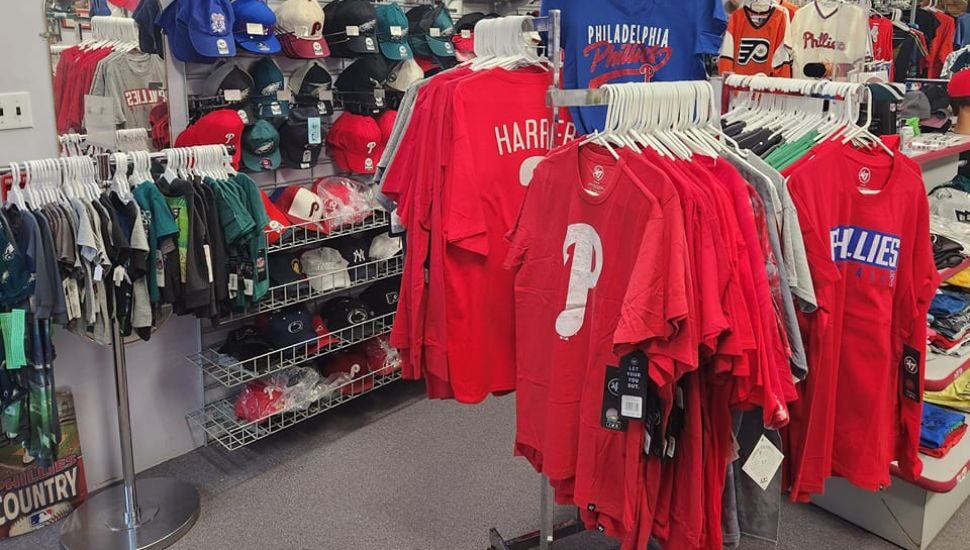 The joy of the Philadelphia Phillies advancement to the 2022 World Series continues across Montgomery County. It’s brought families and friends together. And it’s been an economic boost to local businesses. Rachel Ravina fielded the assignment of filing story of these twin upsides at The Reporter.

For Abington resident-fan Paul Mamolou, the current baseball fever is reminiscent of prior Phillies World Series victories in 1980 and 2008, games that he saw in person (as well as Sunday’s thriller).

“It feels great,” Mamolou said. “The camaraderie is great. Everybody in that stadium were high-fiving and hugging. It was just a great time.”

“People are excited… . They’re going to need gear, and even the nonfans are fans now, which is great,” store owner John Ruggerio said.

Whether it’s the Phillies’ victory or the revenue derived from it, the area’s general upbeat vibe sense is a welcome after-effect of the NLCS win, residents inferred. They universally seemed to appreciate rising spirits against a backdrop of lingering healthcare concerns, ongoing economic sluggishness, and a contentious election cycle.

“We’re all one,” Mamalou observed, commenting on the uniting factor of the Fightins’. “We’re all Phillies fans.”

More on Montgomery County’s reactions to the Phillies victory is at The Reporter.