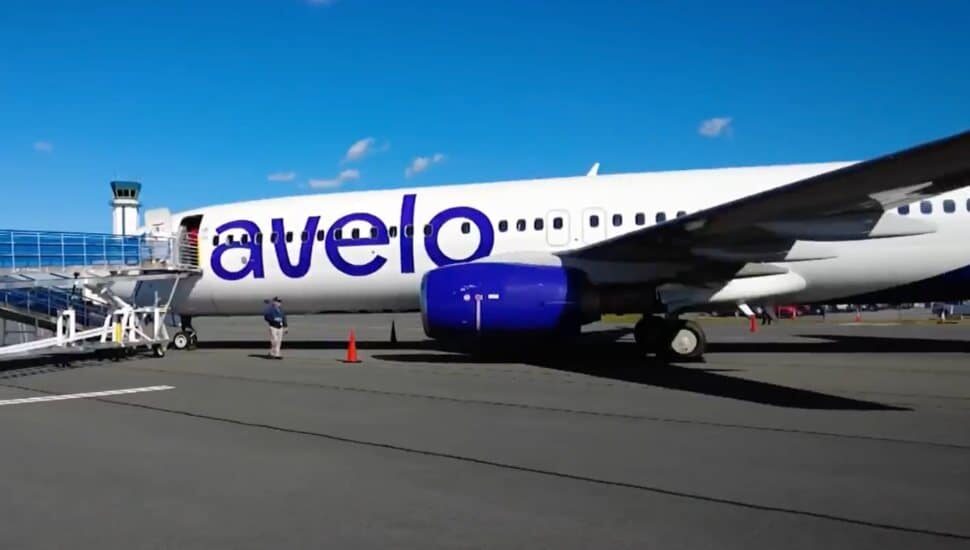 Just in time to get away from the cold of winter, a discount airline has landed at the nearby Wilmington Airport for Montgomery Countians (and Pennsylvanians) alike to snag a cheap flight to Florida, writes Dan Stamm for NBC Philadelphia.

Avelo Airlines plans to open a new base at the New Castle County Airport. The Texas-based airline opened last year and has flown more than 1.2 million customers.

The Del. commute may be longer according to an odometer (Phila. International Airport is about 50 miles from most of Montgomery County, while New Castle Airport is somewhere less than 60) but it may be faster in terms of congestion and gridlock.

“Just 25 minutes from Center City Philadelphia and 90 minutes from New York City and Washington, D.C., it features easy access to I-95, I-295, I-495, and the New Jersey Turnpike, and is just 10 minutes from the Wilmington Amtrak Station,” said the Delaware River and Bay Authority website, describing the airfield.

The inaugural flight will fly on Feb. 1 to Orlando, and other flight destinations will follow in the days after.

Quick-deciding travelers looking for a savvy way to save may find these flights very appealing and budget friendly.

As a Cure for Quarantine-itis, Montco Residents Cheer, ‘We’re Going to Disney World!’ (Or at Least Florida)