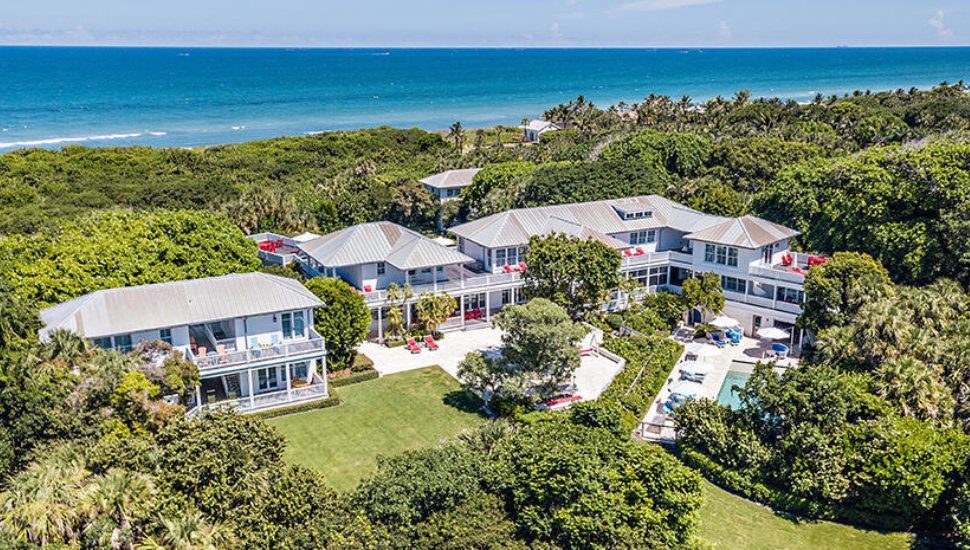 Alfred West, CEO of Collegeville-based SEI, has put his home on Florida’s affluent Jupiter Island on the market for a whopping $90 million, writes E.B. Solomont for The Wall Street Journal.

The waterfront compound stretches from the Atlantic Ocean to the Intracoastal Waterway.

It is set on close to six acres and features a main residence, two guest cottages, and a beach house.

In 2003, they started a multi-year project to replace two existing structures with the current main residence and two guest homes.

They also renovated the beach house that was constructed in the 1940s.

“They wanted to create a family compound that they could come to with their friends and family,” said listing agent Liza Pulitzer.

The main residence has five bedrooms along with a game room, office, outdoor bar, and pool cabana.

It is set on a 25-foot elevation with sprawling water views.

The Wests are selling the property because they no longer use it as much as they used to, according to Pulitzer.

“They have multiple other properties,” she said.

What a Bright Idea for the Holidays: Take in a Dazzling, Delightful Light Display