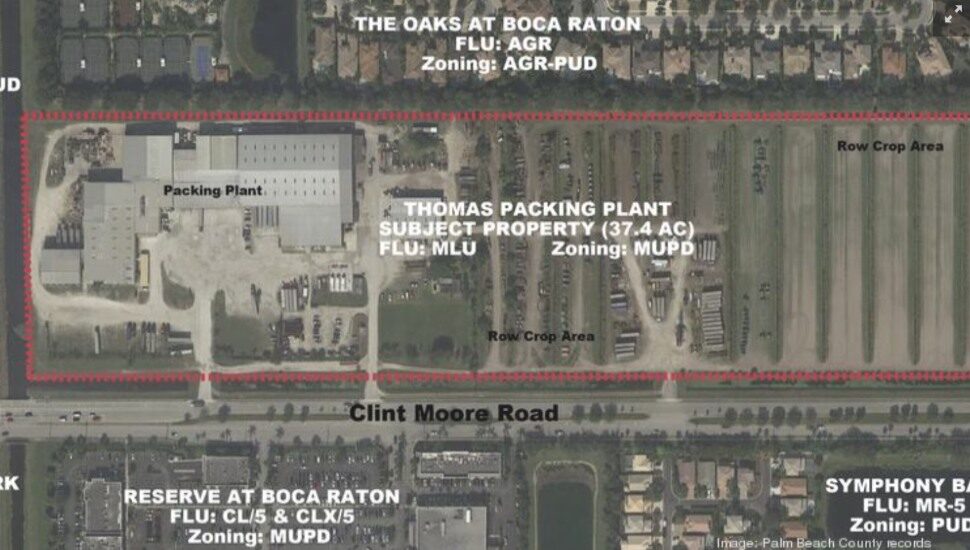 The company has the land under contract from Westside Farms and & T’s Enterprises, with plans to change the land use to high residential, which would allow Toll Brothers to build up to 299 homes. According to a traffic study, this would generate roughly 1,600 daily vehicle trips.

The area west of Boca Raton has changed quite a bit over the years. In 1968, the Thomas Packing Plant was surrounded by farms, but today most of the land around it is home communities. There’s also a shopping center across the street.

Previously the site was intended for retail development, but that application, filed in 2016, didn’t move forward.

Toll Brothers’ application to change the land usage will require Country Commission approval. The initial vote on the application could take place as soon as early May.

Read more about the company’s plans for Boca Raton in the Philadelphia Business Journal.

Despite Drooping Sales in California, Toll Brothers Expects Business to Pick Up in Golden State