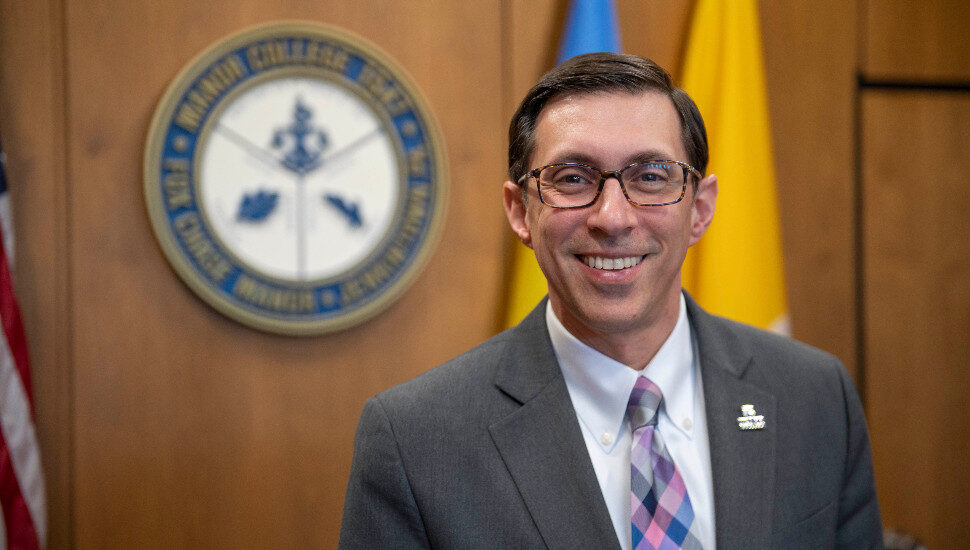 Student-loan debt forgiveness is a contentious national issue because of perceived fairness.  Our nation is divided on partisan lines. On one hand is the relief needed by recent college graduates in a post-pandemic economy; on the other is the issue of undue taxpayer burden.

Both arguments have merit, albeit unequal.

The common element of both arguments is too often oversimplified. There is a hastiness to impugn the cost of a college education without looking at the value or return.

Some Perspective on Education Costs

The costs to achieve higher learning are indeed high at some institutions, but the costs of higher education are not out of control in every state or at every institution.

In fact, Pennsylvania has incredibly affordable post-secondary education and is nationally the fourth-most dense with post-secondary institutions, giving students far greater selection options, which in turn controls cost through competition.

Saying the “price of higher education out of control” is convenient rhetoric that fails to scrutinize the facts.

What the Data Say

It’s a bargain, considering the return on investment.

People who graduate with a bachelor’s degree in America have median lifetime earnings of around $2.3 million, as compared to high-school graduates with no college, who have medians around $1.3 million. (Carnevale, Rose & Cheah, 2009). This is in 2009 dollars.

In today’s numbers, the bachelor’s degree value is probably closer to $2.8–$3 million, particularly in a Great Resignation/employees’ market.

Calculate that against the cost.

If we are conservative and we say that a bachelor’s degree gives median lifetime earnings of $2.5 million — and if we say average net tuition for four years is $52,000 —the cost is 2.08 percent of the return.

In other words, the return is 48× the cost. Name another time you earned 48 times an initial investment.

Even if the cost were twice as much, the return would be 24 times the investment.

In terms of borrowed money, it’s usually not the total cost. When AICUP students graduate, they average less than $36,000 in total student-loan debt, which incidentally, is less than the average for Pennsylvania’s public institutions, whose average is just under $38,000.

An Issue that Strikes a Chord

The framing of higher education’s price as being “out of control” strikes a particular chord with me because the college where I serve as President is literally a model institution.

Manor College is a small private Catholic institution that serves:

On average, our students graduate with less than half the debt of other colleges: Manor’s median debt for graduates is $16,432.

Guess what? We do it all by offering an excellent education at the most affordable private residential college tuition in the state, by a margin of $14, to be exact.

Seeing Education for What It Is

This is what higher education should be: mission-centric, practical, academically excellent, and within the reach of all families.

When students, parents, and guardians are searching for higher education, they need to be prudent about their selections. Picking the right institution in the right state makes all the difference.

Choosy consumers find the best value at the best price.

Generalizing higher education’s costs is like generalizing anything, it misses the mark on the details. Higher education in Pennsylvania is affordable with an incredibly strong return on investment.

Whether you are for, or against, student-loan debt forgiveness, is up to you in November. But either way, look at higher education for what it is: the predominant investment that catalyzes upward economic mobility for families and individuals in our country.

About Dr. Jonathan Peri
Jonathan Peri is the President of Manor College in Jenkintown. Since Peri became President in 2015, the college has ascended in the key attributes that students and parents seek: affordability, access, educational quality, career readiness, and safety. As evidence of this, Manor College became the Best Priced private college in the Commonwealth of Pennsylvania. Manor also makes college accessible because 94 percent of its students receive financial aid and scholarships. Manor’s excellent educational quality is evidenced by the individualized attention students receive with a four-year average student-to-faculty ratio of 10:1. Because of this depth of opportunity for guidance and mentorship from faculty, the college has a higher than national average starting salary ranking on the National College Scorecard. In 2017, Manor College scored highest out of area colleges included in a new study that measures colleges’ roles in intergenerational mobility, calculating the percentage of students who transition from lower to higher income brackets. Additionally, Manor College has been named as among the safest colleges in Pennsylvania by multiple sources.

Peri’s philosophy is that mission comes first, but without proper resources, mission cannot thrive. Therefore, his approach is fiscally conservative and he seeks out opportunities for institutional development and planned growth. To this end he has led dramatic changes to Manor’s campus, from updating facilities without creating new costs or debt, such as the renovation of the campus library, to rebranding the college’s logo, tagline, athletics logo, and completely resetting the college’s website to be new, fresh, and mobile friendly in an age where many students are completing at least some of their college applications from their mobile devices. Peri also led Manor’s transition from a solely associate’s degree granting college to a bachelor’s degree granting institution.

Peri leads and is engaged with many community boards, especially educational. He may be the only current gubernatorial and senatorial appointee to six different state educational boards, including Pennsylvania’s Board of Education and its Council on Higher Education. He is one of three members of the Board of Education’s committee that effectively accredits the accreditors, such as Middle States.

Prior to serving as Manor College’s president, Peri was the Vice President and General Counsel at Neumann University for ten years. He served on the Executive Team and was involved in many major institutional decisions and strategic planning. He was faculty ranked as Assistant Professor at Neumann and developed and taught courses through the Ph.D. level at Eastern University. He also led Neumann’s Center for Leadership speakers series, presenting pervasively in areas of leadership, governance and higher education. Prior to Neumann, Peri was an attorney with a large regional law firm, a special prosecutor, an assistant prosecutor, and in private practice. He is past president of the 1,200 member Delaware County Bar Association.

Peri has written several published articles. He graduated from Villanova University, Widener University – Delaware Law School, and in late 2017 he earned a second doctoral degree through Eastern University’s Organizational Leadership Ph.D. program, with an education concentration. The makes him one of approximately .00054 percent of people globally with the credentials Ph.D., J.D., and attorney. Peri has received numerous community awards and accolades, including UDCOC’s Person of the Year and Widener’s Outstanding Service Award.