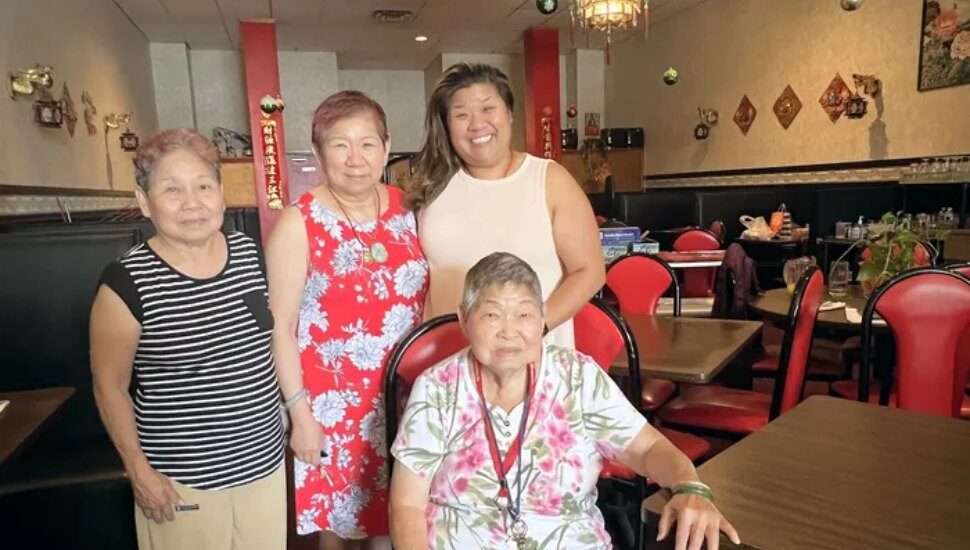 After four decades of serving delicious Chinese food, Golden Dragon restaurant near Conshohocken will close its doors for good on Sept. 16, writes Michael Klein for The Philadelphia Inquirer.

The popular eatery that is operated by Lang Vuong and her large, extended family, opened in 1982 at Plymouth Square Shopping Center. Now the whole area is being renovated, the family decided to retire instead of relocating.

The family – Vuong, husband Henry Long, and their three daughters and spouses – immigrated to the United States from Vietnam in 1979 with help from Spring Mill Baptist Church in Conshohocken. It took them three years of working to gather money to open a business. Over the years, countless siblings, cousins, aunts, and uncles from the Long, Le, Ly, and Hua families have all worked at the restaurant.

The decision to close rather than relocate was not an easy one.

“We are so extremely grateful for the customer base that we’ve had come to the restaurant and support us, to be able to raise our families where now they can live their own dreams,” said Vuong, the matriarch. “But now it’s our time to take a rest.”

Read more about Golden Dragon in The Philadelphia Inquirer.