Porch Thieves Are Sly Ones. Cameras Finger Foxes as Culprits 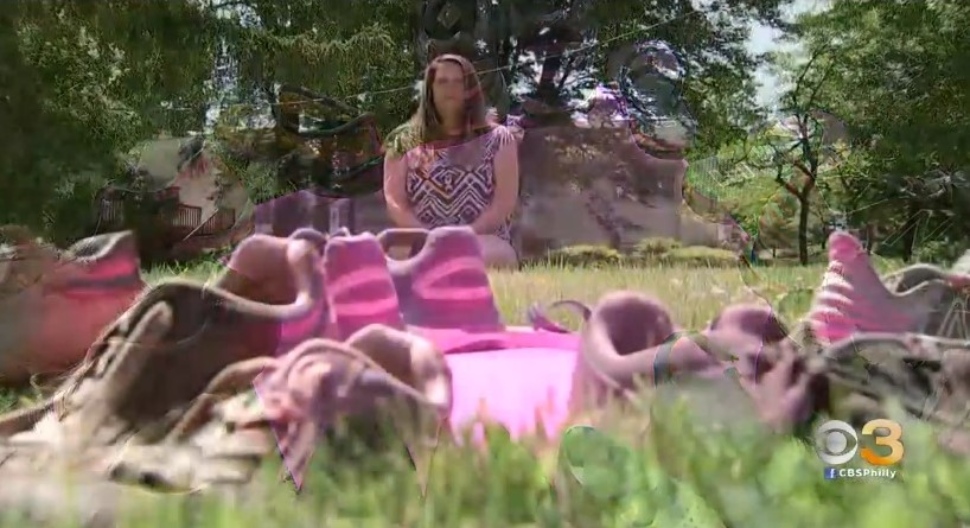 Image via CBS Philly.
Megan Elliott with some of the missing shoes

There have been a rash of missing shoes and other stuff showing up in odd places in Media. Now we know why, writes Joe Holden for CBS Philly.

It took months to track the perpetrators down but they’ve been exposed on camera.

Just as you suspected, it was a den of foxes.

“It’s the talk of our neighborhood,” Megan Elliott said

Those sly foxes were playful and cute, cruising backyards along Olive Street.

Then footwear went missing, only to show up somewhere else.

It was a mystery until a video showed a fox with a flip flop in its mouth.

Apparently, foxes like shoes, and they’ve been known to hang around on porches and decks finding shoes left outside by their owner.

The scavengers have also left behind a Little League glove, a dog chew toy, circulars and a copy of The New York Times.

“I think that the fox runs this town,” jokes Elliott.

The Elliott and Acquarola families post whenever a fox leaves something behind, whether it’s shoes or something else, hoping to reunite them with their owners.

One 40-year neighbor said this happened once before, but not on this scale.

Tech Talk: How to beat 'back porch pirates'

Amazon's got just the thing to foil 'porch pirates'